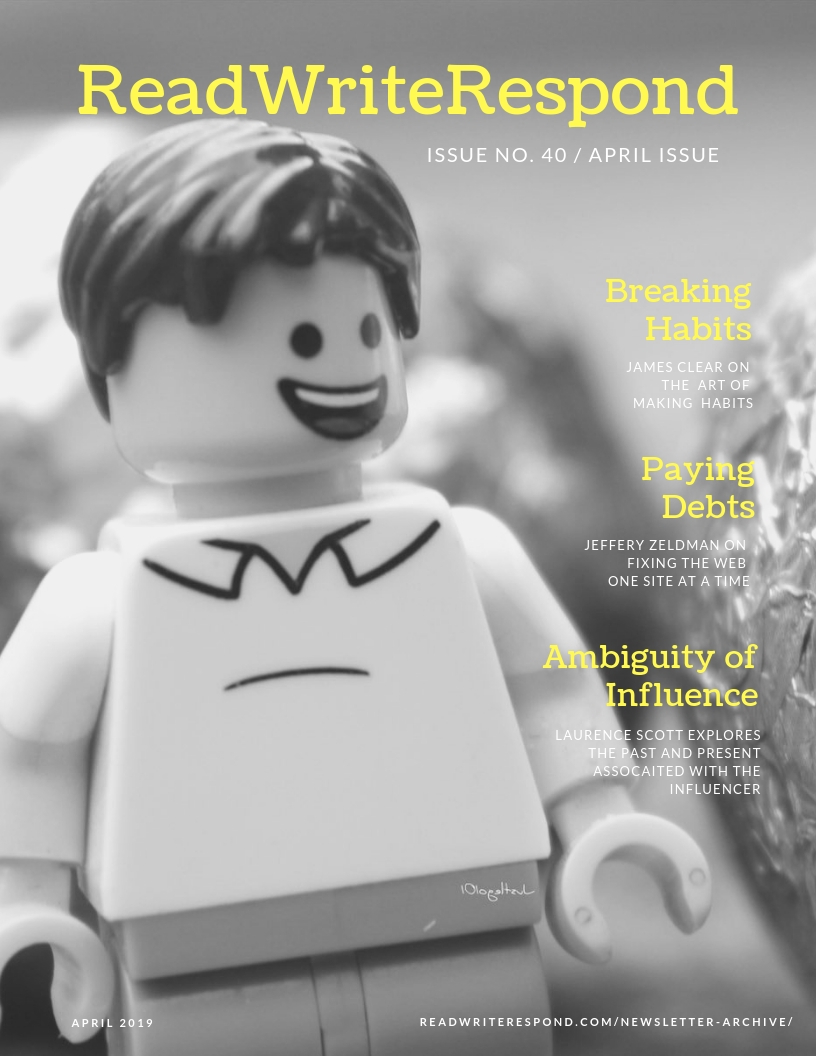 Over Easter the family and I were able to get away for a couple of days to Phillip Island. With less holidays, it is important to make the most of the time that we have.

At work, we have been working towards bringing in a new group of schools. For me, this has involved supporting schools with a new PreFlight system. What has been interesting is that every school has their own interpretation as to what it all means and who should be responsible.

Personally, I have been listening to new music from Unkle and Nick Murphy, while I also discovered The Midnight and have been diving into their back catalogue. In regards to viewing, I saw Dumbo and Wonder Park at cinemas. I also watched The Battle of Winterfell, well what I could see. I read Keep Going by Austin Kleon and started Coders by Clive Thompson, but have not really written anything myself.

Here are some links that have supported my learning this month …

James Clear talks with Gayle Allen about his new book Atomic Habits. Some of the takeaways from the conversation were:

The Story of Handwriting in 12 Objects

Cameron Laux reports on a new exhibition involving 100 objects which capture the development of writing over time. Laux documents 12 of the items to demonstrate change over time. I wonder if the last item in the exhibition involves the end of handwriting? I also wonder what items have been lost in time? This collection reminds me of the BBC Radio 4 series from a few years ago A History of the World in 100 Objects.

12 Tips For Teachers Communicating With Parents Via Email

Kathleen Morris provides a number of tips associated with email, such as using a service provider and canned responses. Doug Belshaw provides a different take on email and efficiency, collecting together a number of resources and references on the matter. It is also good to remember that email is a flawed technology.

Kimberly Broton discusses how her students created their own BreakoutEDU experiences. What seems to work in this context is the ability for students to choose the right medium to represent their knowledge. With this in mind, Scott McLeod also warns us that they need the ability to say no, therefore the answer is not that every student creates a BreakoutEDU experience.

Jeffery Zeldman argues that in being unable to pay mortgage associated with the web, we have become indebted to the mob that is platform capitalism. This has led us into the money trap, which demands unrealistic rewards that care more about clicks than community. Zeldman’s suggestion on how to fix this is a return to individuals owning their activity, something perpetuated by movements such as Domain of One’s Own and IndieWeb. Chris Aldrich explains how he has used WordPress in his effort to fix the web. While Ben Werdmuller unpacks the financial challenges associated with startups. Brent Simmons encourages people to step forward and fix things together.

In a new paper The Antitrust Case Against Facebook, Dina Srinivasan documents the rise of the platform and how it would not have been possible in a pre-Reagan era. The focus is on the association between market monopoly and surveillance. Something Zeynep Tufekci discusses in regards to computational inferences and shadow profiles. For more on antitrust, Tim Wu, Charles Duhigg and Lina Khan have also explored the topic .

Venkatesh Rao provides a counter-narrative to the argument that we need to cut-back on social platforms perpetuated by Cal Newport and Jake Knapp. I think that the challenge is in finding some sort of balance. This is what I tried to capture in my post and I think is touched on by the #ProSocialWeb movement.

This provides an insight into the “messy, dirty truth of data science” and machine learning. You can find more information here.

We Built an ‘Unbelievable’ (but Legal) Facial Recognition Machine

Sahil Chinoy reports on an experiment designed to demonstrate how easy it is to track people without their knowledge. Images captured by a public camera were run through through Amazon’s commercial facial recognition service. The system detected 2,750 faces from a nine-hour period at the total cost of about $60. It is interesting to think of this alongside the rise of NEC, Curtin Universities use of cameras and China’s development of social credit. The New York Times’ thinks it is time to panic about privacy.

Emily Davis and Brad Currie discuss the importance of coaching when it comes to implementing technology. This is something that I touched upon in my post about supporting the development of digital technologies.

Rachel Nuwer explores what might happen if California were to secede. She discusses the possibility of civil war, as well as the impact on politics and immigration. This reminds me of the Selfish Ledger, the Google thought-experiment.

When the Hero is the Problem

Rebecca Solnit unpacks the problem of heroes when trying to drive change. In part this reminds me of some of the arguments in Douglas Rushkoff’s Team Human, especially the challenge of narrative. It also captures what Martin Lukacs describes as the ‘con’ of individual action associated with change.

So that is April for me, how about you? As always, happy to hear.