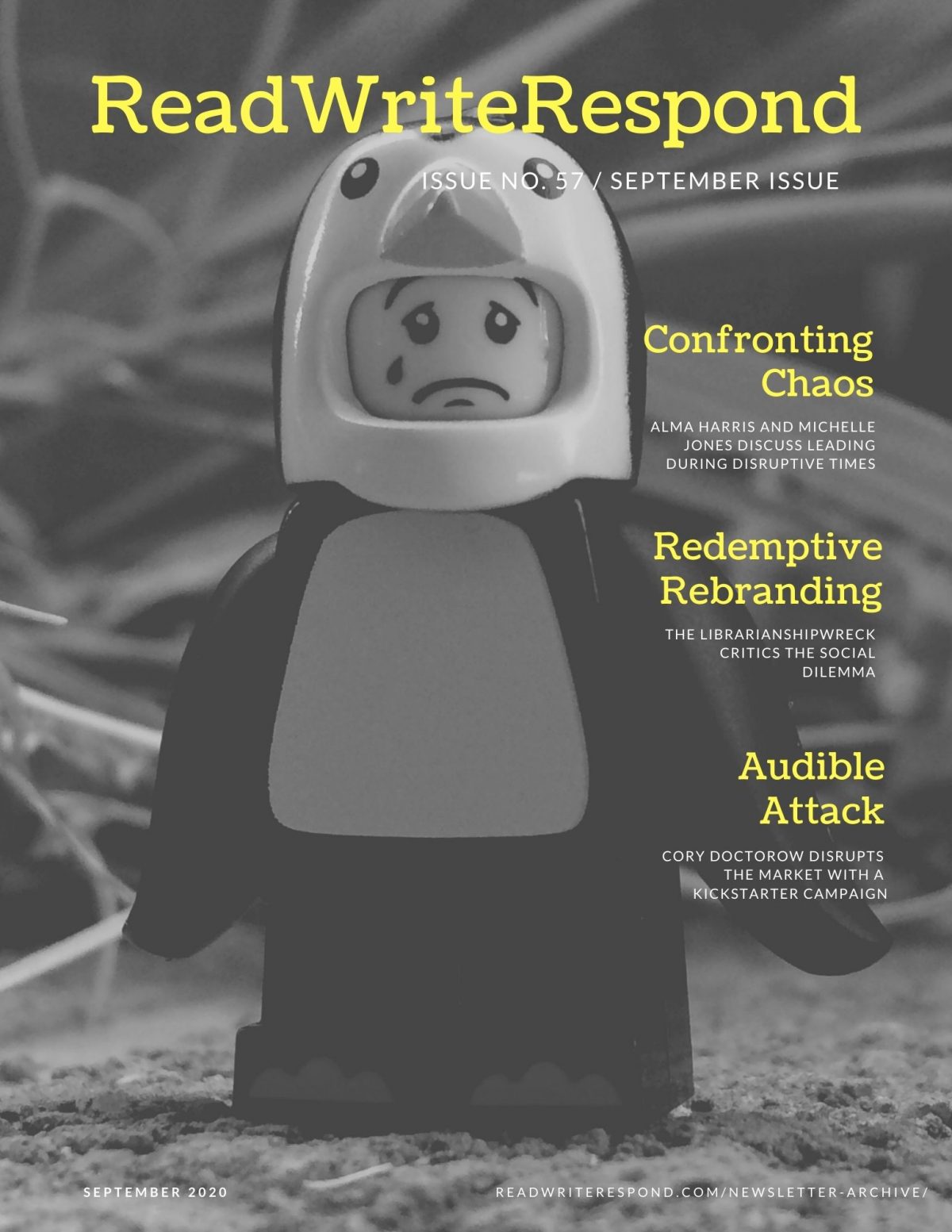 I think that Colin Walker captures it best:

I’m sorry, but how the hell is it October already?

Here in Melbourne we are slowly coming out of lockdown. However, I am not sure what that actually means as the world passed one million deaths, and they are just the ones we know about.

Work has meandered on. I have been supporting a couple of new schools with their transition and thinking about the challenge of transformation. So much of the work I do is about walking through processes, clicking this, doing that. The problem is that each step maybe relatively simple, but tied together processes become complicated. However, the wider problem is actually helping people make sense of how the system actually works. That is what keeps me wondering.

Personally, I have been listening to Sufjan Stevens and The Naked and Famous. I have also been reading Cory Doctorow’s Makers (again). Again, I have started a number of pieces, maybe that is enough at the moment.

A History of Punctuation

Florence Hazrat traces a history of punctuation, arguing that it is far from dead and still continuing to evolve.

Donald Clark reflects on the tendency of the IQ test to prioritise logical and mathematical skills, the false hope of single measure associated with Multiple Intelligences and the confusion between personality and Emotional Intelligences.

The art of inquiry teaching…from a distance

Ian O’Byrne has put together a course for designing a technology infused unit of work.

Simon Lindsay reflects on the current situation and the impact that it has on the way in which we collect data around students and learning. With the inability to complete various standardised tests, such as NAPLAN, it has placed the importance of teachers back in the spotlight.

Flamethrowers and Fire Extinguishers – a review of “The Social Dilemma”

The Librarianshipwreck provides a lengthy review of The Social Dilemma and the redemption of with the Humane Technology movement.

Clive Thompson provides a behind-the-scenes perspective to how the algorithm team at YouTube are trying to address the problem of conspiracy theories and fake news, while also increasing growth and connecting people with interests.

Sasha Lekach unpacks a number of examples of algorithms and their impacts, including getting into university, your ability to get a mortgage and getting hired.

I Scanned the Websites I Visit with Blacklight, and It’s Horrifying. Now What?

Aaron Sankin discusses Backlight, a privacy-inspection tool, and what it uncovers in regards to our privacy on the web.

The Digital Home project, an Alannah and Madeline Foundation initiative, is a social research program examining the changing aspect of technology for Australian families in staying connected, informed and healthy through social isolation.

Lauren Kelly reports on the use of Minecraft as a tool for rethinking spaces.

Cory Doctorow is trying to disrupt the market by running his own Kickstarter associated with the audiobook for his new novel Attack Surface.

Laura Sullivan explores how recyclable plastic actually is and why we are having this conversation. The reality is much of what we think is ‘recyclable’ is in fact not.

How Cities Come Back From Disaster

Derek Thompson discusses the four events and the innovations in city design that they made possible.

The mystery of the Murray-Darling’s vanishing flows

Michael Slezak, Mark Doman, Katia Shatoba, Penny Timms and Alex Palmer explore where the missing water in the Murray-Darling Basin has been going.

Welcome to the 21st Century: How To Plan For The Post-Covid Future

So that was September for me, how about you? As always, love to hear.