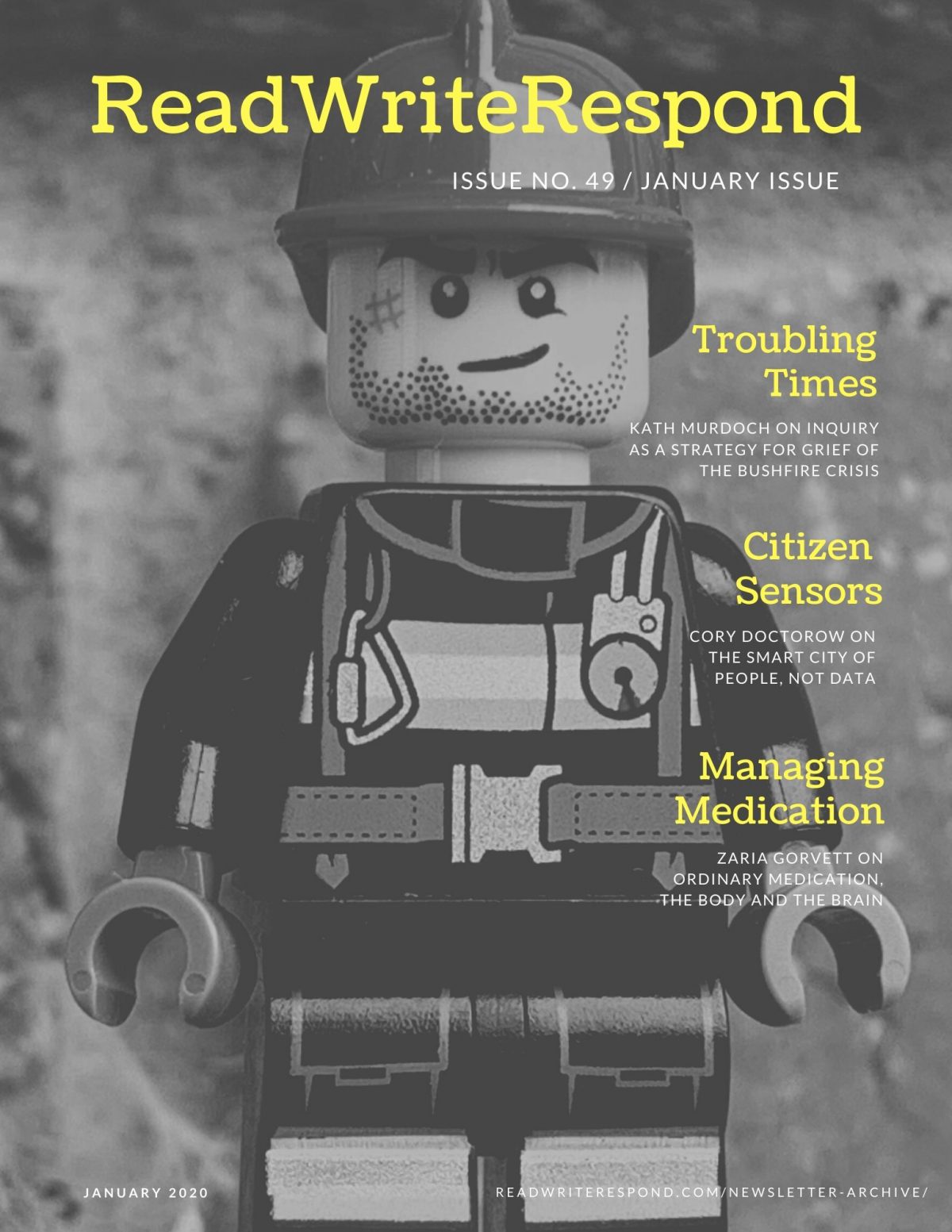 Welcome back for another month. I hope you are well

After the break over Christmas/New Year, work has picked up where it left off last year. Every school seems to have some small change to make, which all eventually add up. Death by a thousand cuts. However, it has all been put into perspective as Australia swelters and burns.

On the home front, I have been getting out and about with my daughters, especially when I was on leave. This has included seeing Tree House at the Art Centre and going to both the Werribee and Melbourne Zoos. Zoos Victoria have actually had a big campaign focusing on bubbles not bags, this included getting to see a performance from Bubble Laboratory.

Personally, I made the most of my holidays doing various jobs around the house that had banked up over time. This meant the opportunity to listen to a number of podcasts, include Damian Cowell’s Podcast Machine. Actually Damian Cowell’s Disco Machine was my summer soundtrack. “Cartoon descriptions? How else to describe a cartoon world?”

I also wrote my end of year music review:

Music of 2019 in Review, or The Year Girls Ran the World

However, I have not gotten to my usual cycle of end of year reviews. I may still get to these, along with a reflection on the current bushfire crisis.

Inquiry in the mist – and midst – of troubling times.

Kath Murdoch provides a number of suggestions to support teachers talking the bushfires in the classroom, including staying open to possibilities, inviting students rather than assuming a position, think conceptually and take action associated with the situation.

Alfie Kohn discusses the problems associated with using behavioural modification programs when engaging with students on the autism spectrum.

Be careful with Seesaw

Sam Sherratt raises concern about introducing applications like Seesaw because they are possible, rather than purposeful.

eSafety site talks about the use of windows, mirrors and magnifying as ways of considering the content which we engage with.

Ian O’Byrne provides some concrete examples of situations you could create to teach kids about digital security/algorithms.

The case for … cities that aren’t dystopian surveillance state

Cory Doctorow discusses the idea of a smart city for people, rather than the capturing of data for the sack of surveillance.

All of YouTube, Not Just the Algorithm, is a Far-Right Propaganda Machine

Becca Lewis expands on her recent commentary on the recent research into YouTube and radicalisation, arguing that that the platform itself is the source of far-right propaganda.

Caught in the Spotlight

The Internet of Beefs

Venkatesh Rao makes the case for the ‘internet of beefs’, where the focus is on continually defending ideological position

Bruce Schneier argues that simply banning facial recognition is far too simplistic, our focus needs to be on the whole surveillance culture.

The medications that change who we are

Zaria Gorvett explores the world of ordinary medications and the way they affect our bodies and our brains.

Why you should read Machiavelli

As bushfire and holiday seasons converge, it may be time to say goodbye to the typical Australian summer holiday

Welcome to Jáchymov: the Czech town that invented the dollar

Eliot Stein digs into the history of the tiny Czech town of Jáchymov that was recently named one of Unesco’s newest World Heritage sites. He discusses the silver deposits that helped create the first ‘thalors’ some 500 years ago, as well as the radioactive metals that helped fuel the Cold War.

What Happens When Your Career Becomes Your Whole Identity

Janna Koretz discusses hedging your bets and finding a sense of identity outside of your career.

So that was January for me, how about you? As always, love to hear.