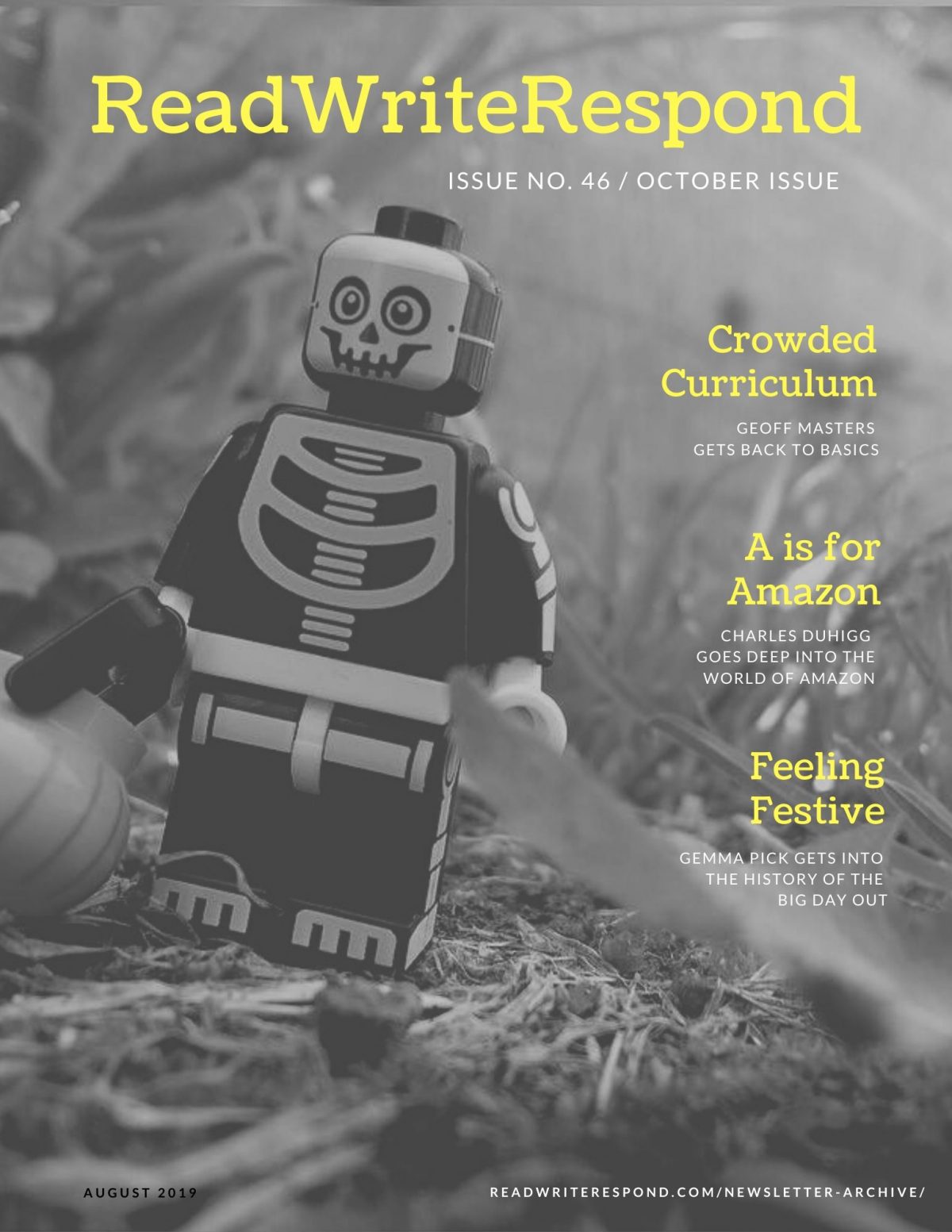 Welcome back for another month.

On the family front, I took my daughters to the Fairy Park just out of Geelong, our eldest had her end of year music concert, while my wife was successful in application to become assistant principal next year.

At work, I continued to balance the multiple roles of on-boarding new schools, supporting current schools and work through some of the issues associated with our workflows. The biggest challenge I find is that each party thinks you are their resource for the whole time, but we get by – just. I also attended the regional elearn meeting where I was lucky enough to touch base with Tony Richards and Kimberley Hall.

Personally, I listened to a few new albums from Elbow, Nils Frahm and Angel Olsen, but to be honest, I spent more time reading. I was inspired by something Philip Roth said, which Craig Mod quoted in his newsletter:

If you read a novel in more than two weeks you don’t read the novel really.

I am thinking that I have not really been reading then. Therefore, I wondered through Martin Lindstrom’s world of Small Data, reflected on Edward Snowden’s Permanent Record, returned to Clive Thompson’s Coders and also dived into Philip Glass’ memoir Words Without Music. With all this in mind, I have not really been doing a lot of long form writing, although I have a few drafts of things going.

Here then are the links that really stood out to me this month:

Sweeping changes to HSC and syllabus proposed by government review

Jordan Baker reports on the proposed changes put forward by Geoff Masters in the NSW Curriculum Review Interim Report. Most importantly, this raised the question as to what the purpose of curriculum is.

Mal Lee and Roger Broadie unpack the difference between driving initial change and sustaining it for the long term.

After Babel: Designing for Community

The Need for Transformational Learning is Long Overdue

Education before Regulation: Empowering Students to Question Their Data Privacy

Autumm Caines and Erin Glass discuss data privacy and the importance of educating students about the topic.

Charles Duhigg takes a deep dive into the world of Amazon, including  day one thinking, relentless improving, copying culture and the spectre of anti-trust.

The strange world of TikTok: viral videos and Chinese censorship

How memes got weaponized: A short history

Is Anyone Going to Get Rich off of Email Newsletters?

Kaitlyn Tiffany explores the ever evolving world of newsletters.

Social Media Has Not Destroyed a Generation

Lydia Denworth argues that although people like Jean Twenge might be right about the impact of social media on health, correlation does not always equal conclusion. More research is required to better understand some of the nuances.

Want to make a podcast? Here are five things we learnt at OzPod 2019

Inside the Big Day Out

Through a 5-part series, Gemma Pick documents the history of The Big Day Out from its early beginnings in the 90s to its capitulation in 2015.

Planning for a problematic future

Edwina Stott explores the strategy of scenario planning as a way of responding to the complex, complicated and often confounding futures.

‘It’s a bit Pompeii-like’: The unexpected ‘buried blocks’ of Melbourne

Zach Hope provides a fascinating insight into the early years of Melbourne where some houses were buried in an effort to raise the swampy areas.

A million people are jailed at China’s gulags. I managed to escape. Here’s what really goes on inside

David Stavrou paints a picture of life inside of a Xinjiang ‘reeducation’ camp. This is based on a testimony provided by Sayragul Sauytbay, a teacher who escaped from China and was granted asylum in Sweden.

Annika Smethurst provides a sobering account of life after the Australia Federal Police’s raids and what is on the line when reporting on the government and security.

How Science Got Sound Wrong

William Softky explains how vinyl is better than digital music.

So that was October for me, how about you? As always, happy to hear.