Update: have since realised that Bolt teamed up with another News Corp bully in Tim Blair who has used his "blog" to further demean and attack my family & I. This is not funny, but an attempt to incite further hate on an article about abuse. #womeninmedia https://t.co/k3HQLwjQyK https://t.co/gHez3jh3F9

Kate, what I don’t get about both responses is what they are trying to actually achieve? It certainly isn’t some sort of dialogue. I was also confused about poor Garry Lyon, I was pretty sure you were not the only one to make the same mistake and you apologised. I’m a little lost for words tbh Text and audio from my eulogy for Dai at Oundle School on 29th September 2019.

Thank you Doug for sharing the eulogy. Sadly, I was never going to make it to Oundle from Australia, so it was nice to hear your memories.

Regular Radical Readers know that the joy of my life is my ten year old daughter, Reece.  She’s something else, that’s for sure. But check out her bedroom this morning: If you were to g…

Bill, your discussion of the classroom is a great way of encapsulating grades and the importance of feedback. It has me wondering about intrinsic and extrinsic motivations and where that all fits within the discussion.

The reality is that we may never have balance, but if make taking care of ourselves a priority, we have more fuel to add to the other burners in our lives.

Author hopes new book on William Buckley, an escaped convict who lived with indigenous people for 32 years, will open our eyes on our bloody past.

Life can be messy sometimes. I find it’s particularly messy just after dinner when all the plates and cups are still onto table, the half-empty pots are on the stove, the laundry is waiting to be put away, the school bags are still on the floor, the front door is blocked by a mountain of shoes, the news is about to start and no-one can find the remote.

When Paul McCartney phoned George Martin in early 1969 asking him to produce the album that would become Abbey Road, the producer was hesitant.

It is fascinating that fifty years on there is still ‘truths’ coming out about The Beatles and the Abbey Road recordings.

In most of my work, I strive for openness and transparency as an open researcher and educator. My purpose in this is to explore and play with possible new opportunities for scholarship in digital c…

The Dolly’s Dream video made by 15-year-old Charlotte McLaverty has taken our understanding of the impact of cyber bullying out of our heads.

Another great piece from Dan Donahoo on cybersafety and the importance of environment.

This didn’t get as much attention, but Amazon also launched Alexa vault, a smart jail cell, for those people who buy all of Amazon’s other junk but still don’t quite feel like a prisoner in their own home. https://t.co/Crulas67sN

THE GRETA THUNBERG HELPLINE:
For adults angry at a child. pic.twitter.com/JAtIKyG4Va

When we watch TV, our TVs watch us back and track our habits. This practice has exploded recently since it hasn’t faced much public scrutiny. But in the last few days, not one but *three* papers have dropped that uncover the extent of tracking on TVs. Let me tell you about them.

Arvind Narayanan discusses three papers investigating the ways in which smart TVs watch the user, while the user is watching it. 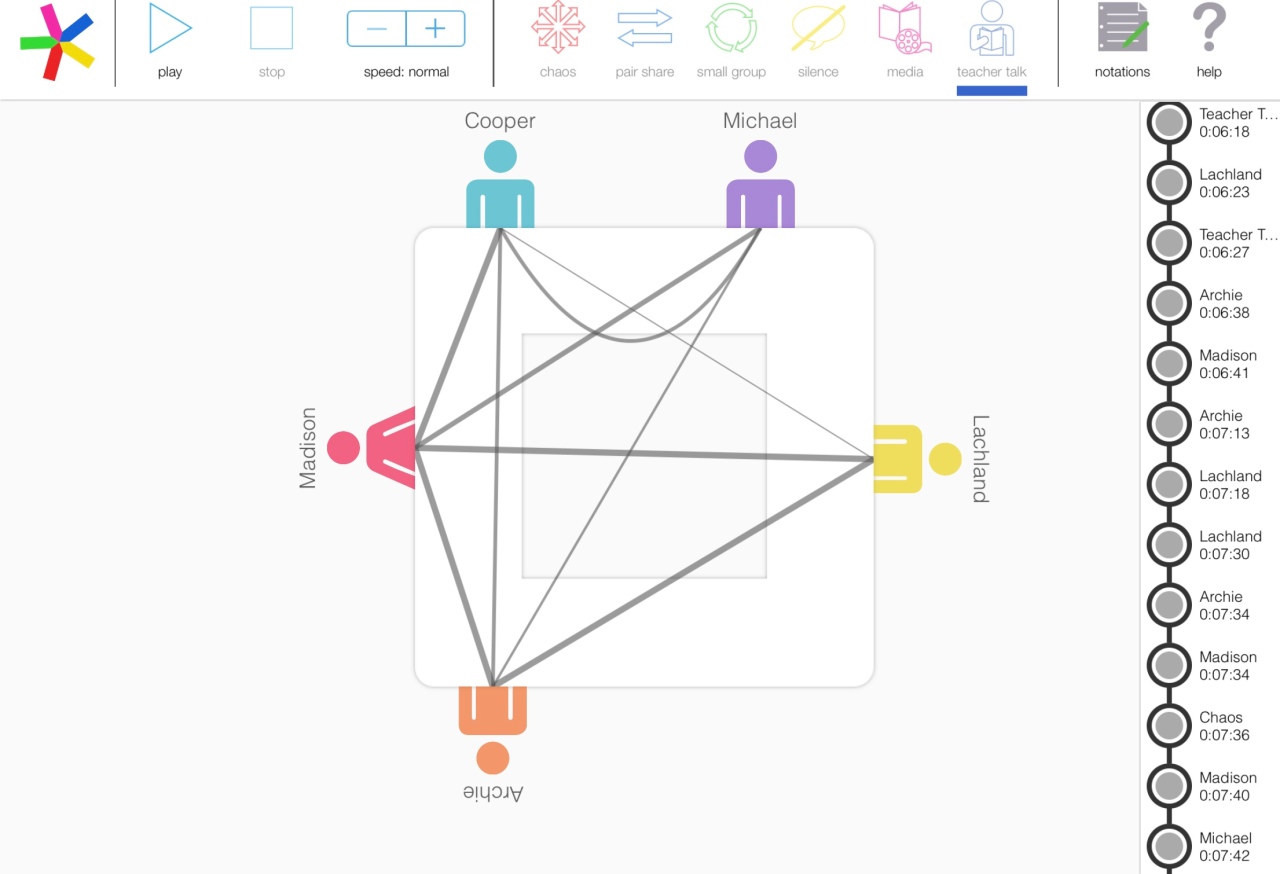 Initially I was a little concerned that these spaces might increase my own workload but I now realise that these virtual classrooms aren’t about me and don’t really require me (other than as an occasional visitor) – the students are using them in interesting, purposeful and valid ways on their own.

Gill, I really liked your point about how providing students with an online space. This reminds me of Dave White’s discussion of ‘coalescent spaces‘ and the opportunities we provide students online.

Personally, my digital move with literature circles was to get students to complete their notes in a collaborative document. This was in a time before Google Classroom. It was a bit hit and miss. I think in hindsight that I really needed to work on the trust aspect to it all a bit more.

Love the lines of inquiry Greg. I am really intrigued by the challenge of ‘timetables’, especially in balancing the various systemic and contextual requirements.

I asked Peter Hutton at EC17 how Templestowe College managed personalised learning and timetables. His answer was to treat every class like a VCE block.

Having managed a timetable in a P-9, I felt that there were often elements that the junior classes had to adopt in order to fit in with the secondary constraints. Not sure how that aspect plays out within your school?

Paul Kelly, Tones and I and Dean Lewis are all hugely popular local artists who make this Saturday’s AFL Grand Final feel even more special than it already does.

The choice of OneRepublic for the NRL next weekend is embarrassing. They have mainstream appeal, but there’s no sense of pride in seeing a US band going through the motions on what will be just another stop on a lame promo tour.

The AFL has made some shocking calls in the past, but they’re improving in a post-Meatloaf world.

Dan, AFL have not always gone ‘local’. I think The Killer’s performance a few years ago nailed it.

The Killers too was clearly a part of a ‘promotional tour’, but they made it so much more. There single at the time The Man kind of fitted with football mantra of individual brilliance:

Although I think that there maybe a little bit of tongue in cheek to bravado of that song, but let’s just leave that aside.

They captured the Australian audience with a powerful rendition of Midnight Oil’s Forgotten Years:

The choice of this track to me was edgy. It had a political bent that worked. Something that felt authentic with some of The Killers’ other efforts.

For a moment, Riewoldt lived out many people’s dream to not only win a premiership, but belt out a rock classic on stage with the actual band. Even if the guy on the mixing desk was thrown a curve ball, I am not sure anyone really cared.

A Mashup generator made for Martin Weller. Contribute to cogdog/edtechaphors development by creating an account on GitHub.

John Johnston has also forked this to use Google Sheets.

Goodbye #Melbourne! A short but sweet visit! I enjoyed your coffee and blue fairy penguins thoroughly.

Aaron, I enjoyed following your take on Melbourne while you visited. It is always interesting to see what stands out for others in a place that you come to take for granted.

Just wondering, where did you catch site of the penguins? Did you make it down to Philip Island or somehow see them at St. Kilda?

Diversity is the key to learning and creativity, and overall success in pretty well all fields of work. Successful professional networks allow for easy movement of individuals, porous departmental boundaries, and cross-disciplinary cooperation. It’s all about ‘range and inefficiency’.