When the world stopped, music continued. Its power was more vital than ever, providing comfort in times of great anxiety and loneliness, and adding fuel to the righteous anger that exploded across the planet.

Music itself rarely fixes anything: it’s not medicine, listening to a beautiful piece of art doesn’t absolve you of the need to confront the issues this year has brought on.

It does help, though. A lot. When things are grim, it can get you through. Sometimes that’s all we can hope for. At least for the moment.

Great music, and the communities that have formed around it, will be one of the best legacies our generation will leave. This year did not test that, it brought the importance of this art and those who make it work to the fore.

However, my favourite cover is still Daniel John’s cover of Smells Like Teen Spirit

The band’s justification for using samples was simple: they couldn’t afford the real thing.

“None of us had much money so it was just a very cheap sampler, a cheap computer and lots of time going through Melbourne’s op shops,” Chater told triple j.

“Trying to find weird and wonderful sounds to make a record that sounded kinda fancy without actually having access to orchestras or amazing sound.”

“If we want an original ’60s pipe organ sound, we can’t afford to go and hire a studio,” Seltmann said in 1999. “We can just get one off a record. You can create the kind of sounds that sound authentic and beautiful to us.”

It’s an exceedingly smart idea, but one that looked as if it might backfire when it came time to release Since I Left You. With something in the vicinity of 3,500 samples to clear – many of which the band couldn’t identify – the record hit a serious snag before its release. 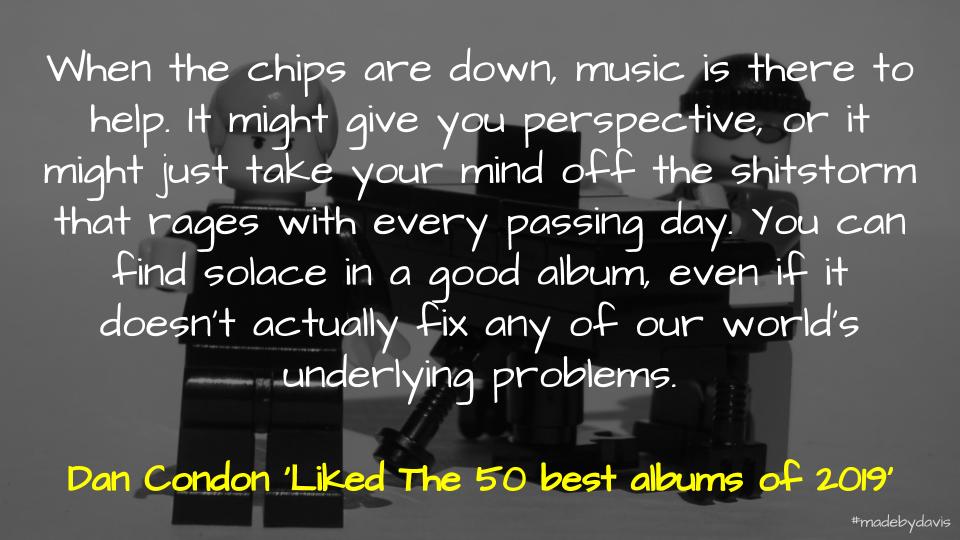 When the chips are down, music is there to help. It might give you perspective, or it might just take your mind off the shitstorm that rages with every passing day. You can find solace in a good album, even if it doesn’t actually fix any of our world’s underlying problems.

The full history of the Big Day Out

My highlights from 1999 was The Living End. I also remember being both amused by Marilyn Manson, but also a little bit disappointed at the same time.

In 2000, I remember Dave Grohl winding up the crowd waiting for Nine Inch Nails, being amazed by Primal Screams walls of sound (did they have five guitars? Felt like it), and Paul Dempsey asking us why we were watching Something for Kate, rather than Red Hot Chilli Peppers.

Dan, listening to Jessica’s story highlighted many highs and lows.

I was taken back to watching The Living End in 1999 when my friend and I were carried two thirds of the way through the crowd at the Melbourne Showgrounds during the frenzy of Prisoner of Society. It could have be any of us.

Paul Kelly, Tones and I and Dean Lewis are all hugely popular local artists who make this Saturday’s AFL Grand Final feel even more special than it already does.

The choice of OneRepublic for the NRL next weekend is embarrassing. They have mainstream appeal, but there’s no sense of pride in seeing a US band going through the motions on what will be just another stop on a lame promo tour.

The AFL has made some shocking calls in the past, but they’re improving in a post-Meatloaf world.

Dan, AFL have not always gone ‘local’. I think The Killer’s performance a few years ago nailed it.

The Killers too was clearly a part of a ‘promotional tour’, but they made it so much more. There single at the time The Man kind of fitted with football mantra of individual brilliance:

Although I think that there maybe a little bit of tongue in cheek to bravado of that song, but let’s just leave that aside.

They captured the Australian audience with a powerful rendition of Midnight Oil’s Forgotten Years:

The choice of this track to me was edgy. It had a political bent that worked. Something that felt authentic with some of The Killers’ other efforts.

For a moment, Riewoldt lived out many people’s dream to not only win a premiership, but belt out a rock classic on stage with the actual band. Even if the guy on the mixing desk was thrown a curve ball, I am not sure anyone really cared.