I have no idea why someone would even want to rework the entire Melbourne rail network as anagrams but I am so glad they did. 100% crazy genius. #Melbourne pic.twitter.com/Y4Vmr7ftOl

Who’s keen for a wander?

Not sure all of these are ‘day’ hikes in that you need to drive a few hours for most of them.
Just a bit of clarification John. It was only Melbourne that was put on Stage 4 restrictions that meant businesses were closed and schools and childcare were restricted to essential workers. Country Victoria was not so severe.

I feel that the hardest thing with implementing such restrictions is having the good will of the people and a willingness to cop the critics. Dan Andrews was labelled a ‘dictator‘ because of it.

Melbourne friends needing a distraction – I’ve made you a playlist. It’s songs that celebrate Melbourne or by legendary Melbourne artists 💪 https://t.co/SbGlhEFgjq

Rate the inclusion of TISM in your Melbourne playlist Leigh, just not sure Greg! The Stop Sign is there most ‘Melbourne’ song. Mourningtown Ride seems more pertinent. 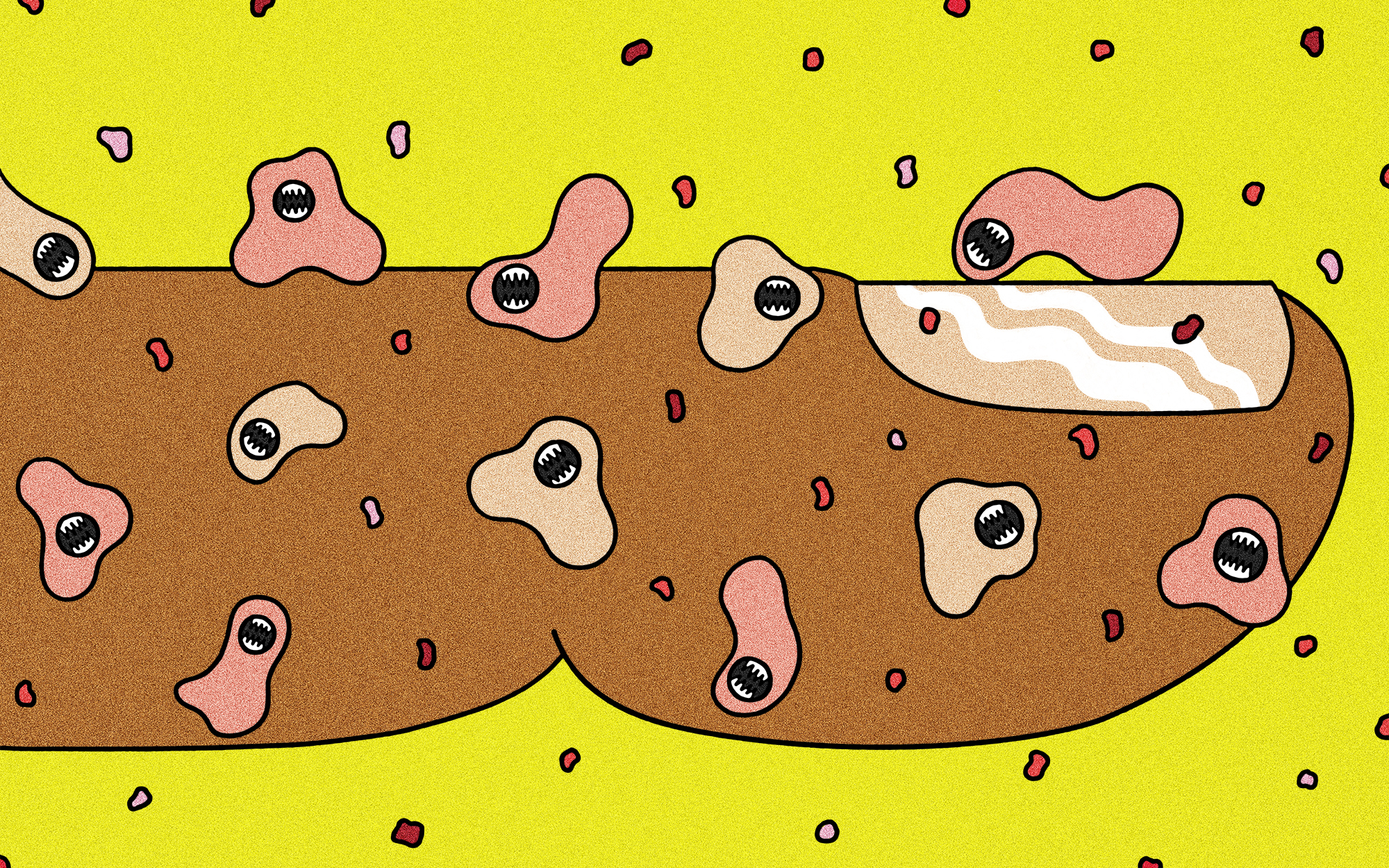 The latest news from Australia is that just 30 cases of Buruli have been reported in 2020, compared with reports of 50 or so by this time in recent years. That could be good news, or it could just be a consequence of people staying away from doctors’ offices because of COVID-19. Stinear had to temporarily halt his on-the-ground surveys in March because of the coronavirus, adding Buruli to the list of diseases, such as tuberculosis and polio, that may gain ground as a result of the pandemic. With coronavirus cases on the rise again, Australia’s tourism minister has recently announced that the country may shut its borders until 2021.

But cooped-up locals will still need an escape. Nothing, after all, can keep the tourists away. And maybe they’re not entirely wrong to take that risk: They’ll probably end up all right. Others aren’t so lucky. That’s because this disease—like COVID-19, like so much else—will be tamed in Australia long before the suffering ends in Africa. And the reason for that is no mystery at all.

I love how it takes a publication from half-way around the world to find something out about your own backyard. 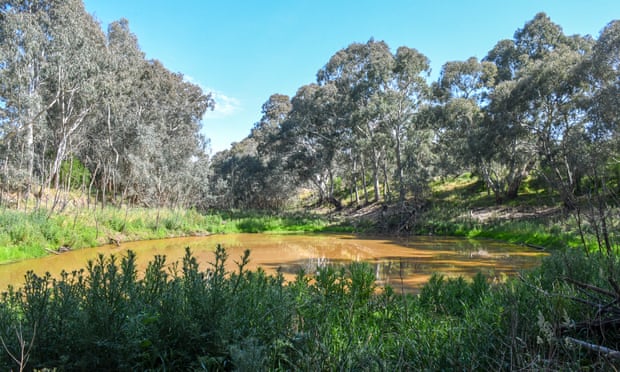 Along with Zach Hope’s article on buried Melbourne, Jack Banister’s discussion on Melbourne lush waterways provides a perspective of another world.

By analysing the sediment – from the traces of pollen, and layers of charcoal and organic matter, to the DNA of lost creatures and micro-organisms – with the local Wurundjeri Woi Wurrung elders and community, Fletcher will add to the collective knowledge of this secluded spot.

This touches on what Tim Flannery has described as a ‘temperate Kakadu‘.

This is something that Metro Tunnel Project has used in regards to Melbourne. Goodbye #Melbourne! A short but sweet visit! I enjoyed your coffee and blue fairy penguins thoroughly.

Aaron, I enjoyed following your take on Melbourne while you visited. It is always interesting to see what stands out for others in a place that you come to take for granted.

Just wondering, where did you catch site of the penguins? Did you make it down to Philip Island or somehow see them at St. Kilda?

Fixation on fast train to Geelong means we ignore what’s staring us in the face: the Bendigo line already runs close to the airport. The Sunshine hub model means Bendigo travellers will have to go past the airport & then back again. Redirect the Bendigo line through the airport! https://t.co/4nS8Ue4oth

Your suggestion of a dedicated Bendigo line via the airport would resolve the bottleneck between Sunbury and Sunshine. However, I think the most telling point to the article is that the 2027 timeline is far too long.
Josephine Rowe discusses Nevil Shute 1957 book On the Beach written about a nuclear holocaust in the northern hemisphere. The story documents people’s response of people in Melbourne on the coming nuclear cloud progressively moving south. Rowe compares this with the current milieu around the threat of global warming. With record heat waves in Central Australia and bushfires caused by lightning in Tasmania.
Took the girls to the aquarium. We were sold on the opportunity to ‘meet the yetis‘. The snowball throwing and snow pit for five were disappointing, although the 3 year old loved having her photo taken with Migo and Meechee. I also thought there was more hands/interactive opportunities than there were. Blame that on my poor memory.

On a side note, I was reminded that it the aquarium is a private business when I was asked to provide a dearth of information when buying tickets online. What was interesting was there was no mention of what that information would be used for. I wonder if such approaches will change or if such habits are now ingrained?

“If we don’t invest, and continue with this rate of growth, then we collapse under our own weight. You end up with a Bangkok situation — where you have an extraordinary level of growth and congestion, and you simply cannot move around the city.”

The widespread failure of American mass transit is usually blamed on cheap gas and suburban sprawl. But the full story of why other countries succeed is more complicated.

Reading your discussion of public transport, it is interesting to think about Australia and in particular Melbourne. It feels like we sit somewhere between America and Europe. Although the network is integrated with a tap on and off system in place, there is still the lack of regularity in some places.

Living in a new suburb amoungst the sprawl, we have one bus route which runs every hour, which is pretty useless and another which runs every twenty minutes. I usually end up driving to the station, where the trains run close to every six minutes during peak. However, there are only a limited number of parks.

There is the promise of new infrastructure, new tunnels and ring around the city. However, this will still take time and there is no political guarantee, especially when many of the ideas were first mooted in the 60’s.

Instead of building highways first, which tends to make neighborhoods auto-centric and de-prioritizes transit, European cities tended to put transit first when they built new neighborhoods.

Why do we only run decent service on expensive subways that were built from scratch?

Germany, for example, high-speed Autobahnen go just about everywhere. The land of BMW and Mercedes-Benz boasts a strong car culture, and its plans for a national network of expressways were first formed in the 1920s; indeed, these highways helped inspire America’s interstate build-out. But Germany never stopped building rail systems

Fares need to be low enough that people can afford to take transit. New York City will soon join other cities like Tucson and Ann Arbor in having discounted fares for low-income people. That is important to make transit accessible to everyone. But fair fares isn’t just about keeping fares low. It’s also about eliminating arbitrary inequities. People shouldn’t have to pay a transfer penalty or a double fare just because they switch from bus to rail, transfer between agencies, or travel across the city limits. A transfer is an inconvenience—you shouldn’t have to pay extra for it

Nearly every Torontonian is within a 15-minute walk of a 24-hour bus route. Virtually every one of the major roads on the city’s grid has a bus route that comes at least every 10 minutes, all day long. People making long trips across town usually transfer to the subway for a quicker ride, but it is also convenient to make cross-suburban journeys by transferring between buses—they come frequently enough that there is little risk of standing for an hour at a forlorn suburban bus stop waiting for the connection

In 1969 a bold new vision for Melbourne’s public transport system was presented to the state government with a deadline for completion in mind; the year 1985. It’s not clear why the Melbourne Metropolitan Transportation Plan set its target date a modest 16 years past the publication of the plan. Perhaps to coincide with a mid 80s visit from Bruce ‘The Boss’ Springsteen when throngs of double denim fans would descend on the city and demand an efficient train ride? Whatever the reason, the public transport developments that emerged from that plan have more than outlasted the ’80s rock star era, in fact, almost fifty years on and it continues to transport millions of Victorians in and out of the City every week.

A look at underground rail loop developed as a part of the Metropolitan Transportation Plan. Interesting to contrast this with the recent announcement of an outer loop.

A plan to build a multi-billion-dollar underground rail loop connecting Melbourne’s western and eastern suburbs via the airport, and link all major train lines, has been unveiled by the Victorian Labor Government.

I am intrigued by the announcement of a ring rail around Melbourne. Will they still complete Metro Tunnel 2 connecting the Werribee line with Clifton Hill? I also assume that the Werribee link would probably involve connecting the Wyndham Vale V-Line (which will surely become a part of the metropolitan transport system) with Werribee. It is intriguing to place this against the plan proposed in the 60’s.

It will be interesting to see these spaces when finished and how they will change the surrounding environment.