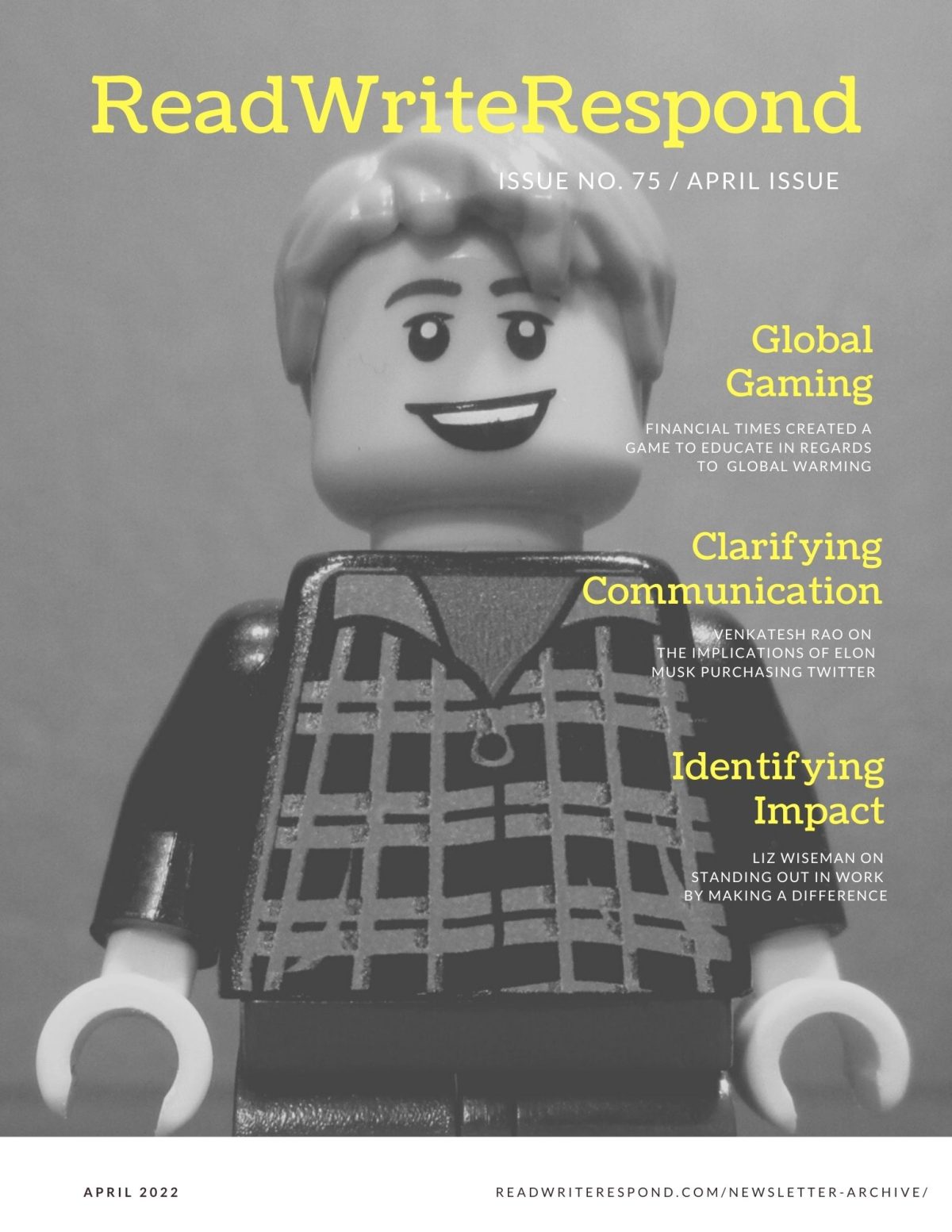 Welcome back to another month.

Even though we had Easter and the school holidays, we were still conservative as a family about getting out and about, sticking to a few country drives and visits to friends.

On the work front, there was a return to being on-site three days a week. Even though my job is to largely provide virtual/phone support to schools across the state, it is argued that being together is more conducive to collaboration. However, this is also reliant on having the right space for such collaboration to occur. With the new normal being more fluid, adjustments are required. For example, a few days back we had an internal meeting where the organiser either forgot to, or was unable to, book a meeting room, therefore there were five people spread across an open work space speaking with a couple of colleagues on another level virtually. It just seems a bit absurd at times.

Personally, I have written a few posts on my blog, including a review of Clinton Walker’s book Stranded: The Secret History Of Australian Independent Music, a submission to DLTV associated with the Classroom of the Future and a summary of my responses to Cyber Security & Awareness – Primary Years (CSER MOOC) which I finally finished. In addition to Stranded, I also (re)read Franz Kafka’s The Trial. I must say it is an intriguing exercise rereading texts you grew up with in a new light. I also listened to Daniel Johns’ FutureNever, his continued break from the past.

Here then are some of the other things that have had me thinking:

Financial Times have created a game to educate users on the challenges required to keep global warming to 1.5C.

Going Rogue: Teachers Designing their Own Conferences as a Transgressive Act

Philippa Nicoll Antipas explores how we might do a conference for teacher professional learning and development from the ground on up.

What should ‘digital literacy’ look like in an age of algorithms and AI?

Neil Selwyn argues that we need to reframe our discussion of digital literacies to focus on algorithmic literacy.

It’s Time to Give Feedback Another Chance. Here Are 3 Ways to Get It Right

7 Things to Do Before You Start Your PhD

Kimberly Hirsh provides a list of things to do before starting a PhD.

Ableton provide a playground space that serves as an online synthesiser, as well as a teaching tool.

Venkatesh Rao reflects upon Elon Musk’s purchase of Twitter and what that might mean for the future.

Molly White has created a site collating examples of how Web3 is not going as well as suggested.

Justin Smith reflects upon the way in which the the publishing of books has become a game.

James Vyver explores the development of Fairlight in the 1980’s, a musical instrument that involved access to an extensive sound library, a multi-track sequencer and a sampler.

Liz Wiseman on Standing Out at Work

Liz Wiseman talks about the way in which impact players look to how they can make a difference, rather than just play a roll.

Kevin Townsend, Shirley Li, Spencer Kornhaber, and Hannah Giorgis talk about the place of nostalgia in modern music and the way in which steaming allows us to easily fill our listening with more of the same.

Chocolate—the world’s most seductive treat and its dark shadow

Annabelle Quince leads a conversation into the history of chocolate and its relationship with child labour.

How Ikea tricks you into buying more stuff

So that was April for me, how about you? As always, hope you are safe and well.