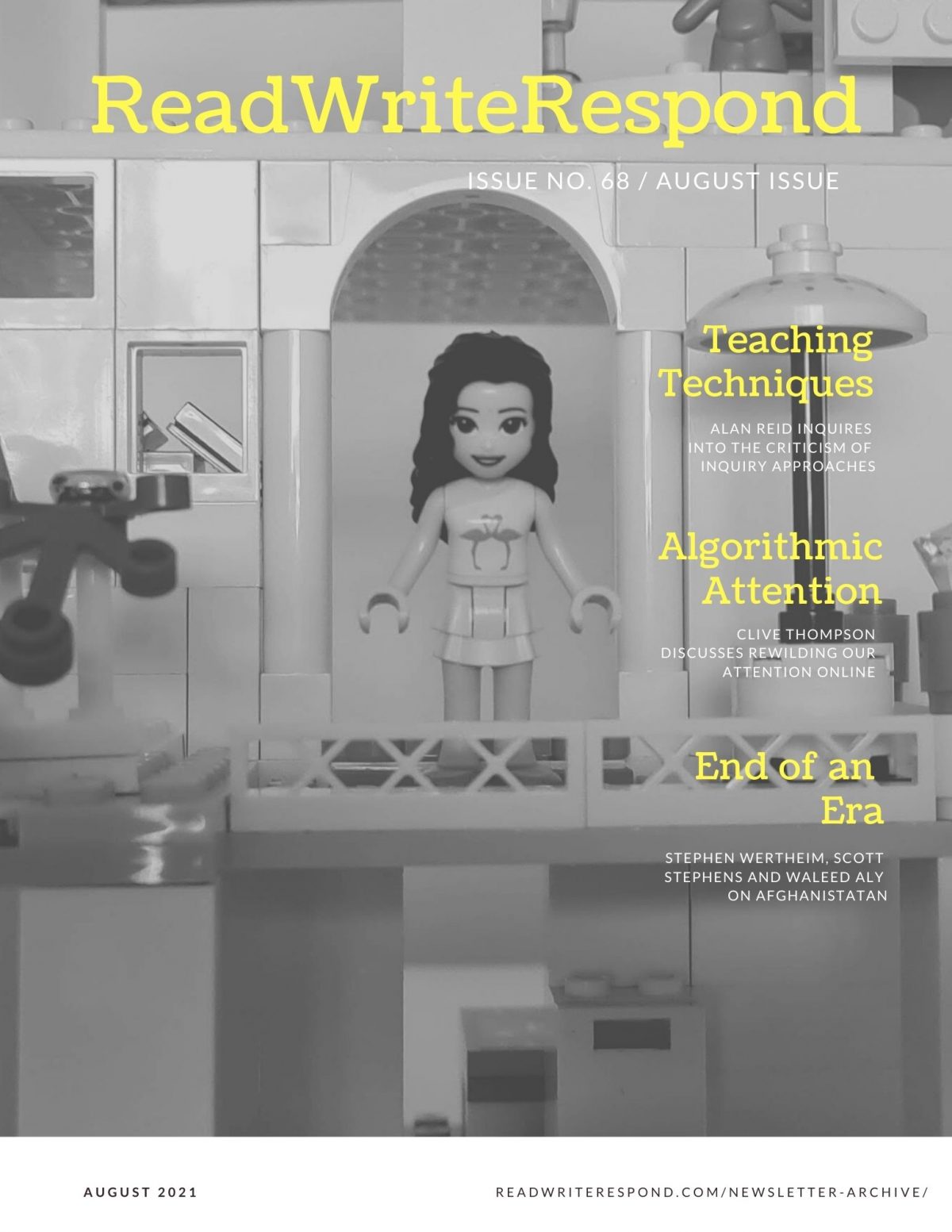 Here we are, another month. Some things changed, some things still the same.

When I was in the classroom, it was always frustrating when another class was let out to play early or given ‘free time’. It is hard to get anyone to pay attention when a perceived injustice is at play. This is what it has felt like living through Melbourne’s sixth lockdown this month, while NSW moves onto life living life with COVID. Although there maybe a ‘national plan’, it would seem the reality maybe something different. To play on Orwell, “All States are equal, but some states are more equal than others.” All in all, it has been a terse reminder of the political nature of the current pandemic. In more positive news, I was lucky enough to get my first jab of AstraZeneca.

On the work front, I have been doing my best to get ahead of the game by creating some tools to analyse the data in preparation for the rush that is the end of year. As is often said, focus on what you can control.

Personally, I have been diving into a range of books. When you are stuck at home, it is useful to break up the monotony by exploring some other world.

In reading a novel, any novel, we have to know perfectly well that the whole thing is nonsense, and then, while reading, believe every word of it. Finally, when we’re done with it, we may find – if it’s a good novel – that we’re a bit different from what we were before we read it, that we have changed a little, as if by having met a new face, crossed a street we never crossed before. But it’s very hard to say just what we learned, how we were changed.

I have read Fyodor Dostoevsky’s Notes from the Underground, Emily Bronte’s Wuthering Heights, Mary Shelley’s Frankenstein, George Orwell’s Animal Farm, Ursula K. Le Guin’s The Left Hand of Darkness, Chilly Gonzales’ Enya: A Treatise on Unguilty Pleasures and Kim Stanley Robinson’s The Ministry for the Future. I have also been listening to Halsey’s If I Can’t Have Love, I Want Power, Kate Bush’s Before The Dawn, Lorde’s Solar Power, TFS’ Deep States and Damian Cowell’s Only The Shit You Love.

Here then are some of the other links and ideas that have had me thinking:

Teachers use many teaching approaches to impart knowledge. Pitting one against another harms education

Alan Reid raises three flaws with the argument that inquiry-based approaches harm student learning. He argues that teachers regularly move up and down the teacher-centred and student-centred continuum, that not all inquiry is the same and that the data used to form the position is problematic.

The ‘how’ and ‘why’ of the classroom

Naomi Fisher pushes back on the ‘what works’ mantra and instead argues that how and why matter just as much.

Tom Barrett discusses the importance of developing prototypes early on in a project in order to gain feedback and give oxygen to the ideas being developed.

The Rocks and Minerals of Minecraft

Jolyon Ralph explores the rocks and minerals in Minecraft comparing them to their real world examples.

Clive Thompson discusses going beyond the ‘inner ring of the internet’ to instead engage with the activity of rewilding our attention online.

Now, On the Internet, Everyone Knows You’re a Dog – An Introduction to Digital Identity

Noah Katz and Brenda Leong provide an introduction to digital identity and where it maybe heading in the future.

Why are Hyperlinks Blue?

Elise Blanchard traces the history of hyperlinks being blue to Mosaic, Windows 3.1 and the support for colour monitors.

How Private Is My VPN?

Alfred Ng reports on the different ways in which VPN providers collect data on users.

Was US failure in Afghanistan inevitable?

Stephen Wertheim, Scott Stephens and Waleed Aly examine the Taliban’s retaking of Afghanistan and the US legacy.

The invisible addiction: is it time to give up caffeine?

Michael Pollan explains how we often overlook the impact caffeine has in creating a collected altered state that we have come to take for granted.

Save The Last Dance for Me (Australian Story)

On the back of the documentary The Last Dance, Australian Story explores Luc Longley’s legacy in the NBA and his ommision.

Sarah Scopelianos reflects upon the changes made in regards to town planning one hundred years ago to combat tuberculous. She explores some of the possible changes including a move to more low rise appartments and the investment in open spaces.

So that was August for me, how about you? As always, hope you are safe and well and have been able to get your jab too.