Fortunately, Bridgy users can log into Instagram legitimately, in their own browsers, so a browser extension lets us piggyback on that legit usage and scrape out the data they want us to have. Shh, don’t tell, it’s our little (open source) secret.

An interesting method of leaving Instagram. I still read content there, but I had used dsgnwrks-instagram-importer by Justin Sternberg to rescue all of my Instagram posts back into my WordPress site since it gave me a huge amount of control over porting over the metadata as well. I’m noticing that the repository lists it with a warning “This plugin has been closed as of August 10, 2019 and is not available for download. Reason: Licensing/Trademark Violation.” though I can’t imagine what that would have been for unless Instagram is trying to nudge Justin out. (There’s a copy of the plugin on Github for those who may still want it.) Other than a small issue I’d seen with some emoji in Instagram, the plugin always worked like a charm for me.

I tried jtsternberg/DsgnWrks-Instagram-Importer, but the authentication process throws up an error. I would assume that may relate to the ‘violation’? Might need to try Keyring Social Importer.

If you’ve noticed https://OwnYourGram.com has been not working well lately, that’s because Instagram is aggressively rate limiting certain requests.

There are many things I miss about being in a school, book week is definitely one of them.

46 Likes, 1 Comments – Gareth Hart (@artgareth) on Instagram: “Beautiful work by Shilpa Gupta at @tarrawarrama – ‘The markings we have made on this land have…”

This has me wondering about the many unconscious choices we make associated with art.

Artists like Audrey Wollen, Alexandra Marzella and Arvida Bystrom moved to Instagram from Tumblr in the early 2010s. But the past few years have seen the platform shift.

Daisy Jones takes a look at the early adopters of Instagram and what happened to them. It would be interestingly to look at the early adopters across all the different platforms, whether it be Tumblr, Flickr, Twitter, Facebook and Mastadon. I wonder if there is a correlation across the different platforms and the creativity and voices they foster.

69 Likes, 8 Comments – Fiona Hardy (@readwatchshoot) on Instagram: “My girl levelled up at swimming after putting in some super hard work, so we took her out for sushi…”

44 Likes, 9 Comments – Fiona Hardy (@readwatchshoot) on Instagram: “Pals. PALS. IT’S HERE, IN MY HANDS. Four years of work and love and an extensive cast of helpers…”

There is no shortage of online guides providing advice on how to get more likes on social media platform Instagram.

Likes are how the social media platform’s users show their approval of posts, and they drive a whole industry of influencers who make a living publishing carefully curated snapshots of their lives online.

But could this all be about to change?

But later this week Instagram will run a trial which will remove Canadian users’ ability to see the number of likes on others’ photos, and the views on their videos.

This is not much of a surprise. What is interesting is the solutions being tested:

Users will be able to click through to see who and how many people like their own posts, but they will not be able to see the number of likes other users’ posts have attracted.

I prefer the way Micro.Blog uses ‘likes‘. They are not actually for the liker, not the likee. Instead, comments are given primacy.

This before and after exercise helps highlights the challenges associated with images and identity in the digital age. 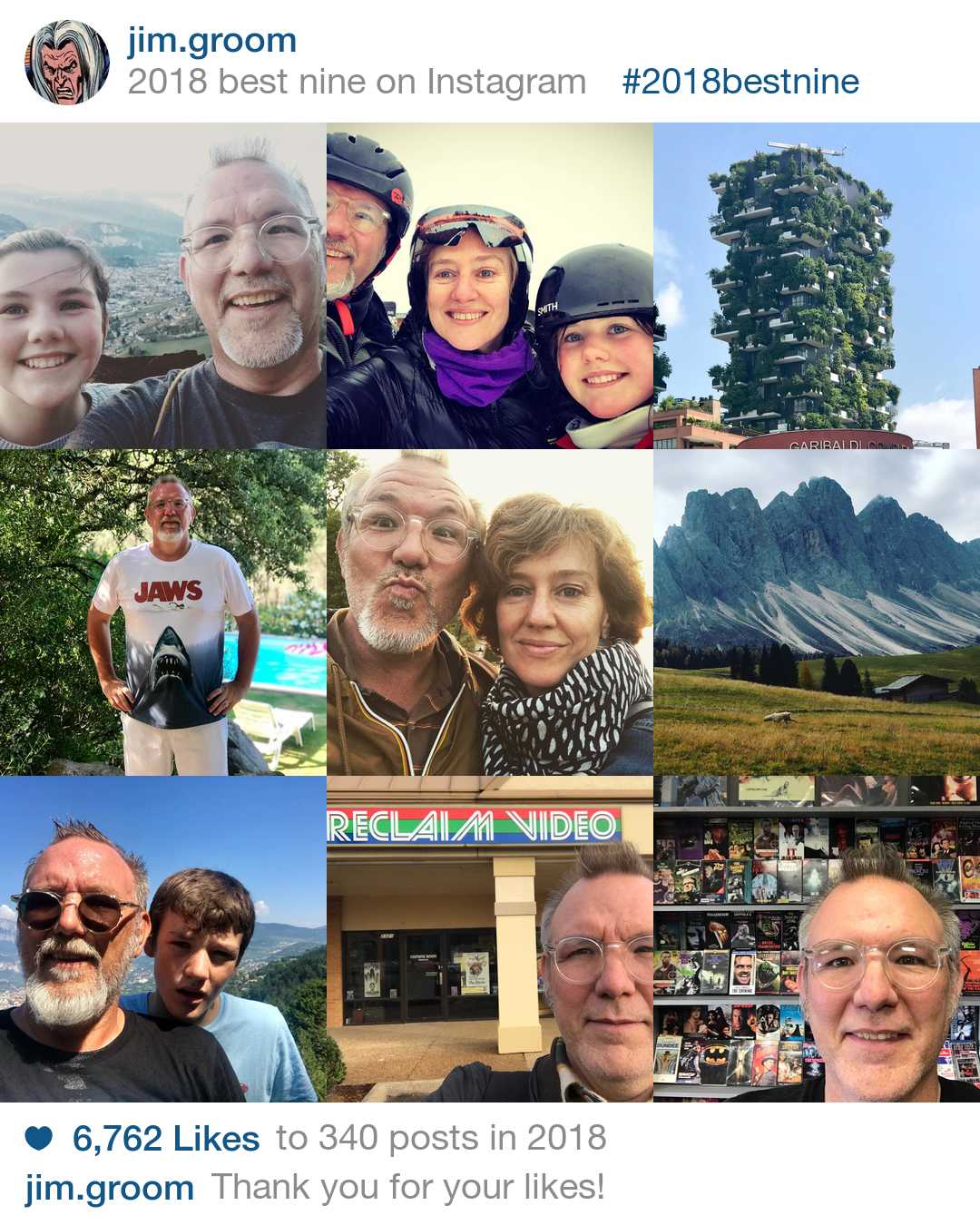 I never planned to get on Instagram, and I was even less inclined to enjoy it. But 616 posts and 18 months later I’m realizing I am deeper in then I ever intended. I tell myself I can quit anytime, but now that Twitter holds little joy for me and Mastodon feels like a temporary rebound relationship, Instagram has quietly become my go to.

It is interesting having gone somewhat quiet on social media. I think what you highlight in this post is the power and presence of a personal community in driving the connections. I am finding that although I may have certain values if the consensus says something different then it does it really matter.

At work, I refused to share my contacts with WhatsUp (and Facebook Inc) and the answer has been that I am excluded from certain conversations. In this circumstance I have lost out?

I like your point about transferability and think that maybe as you point out that this maybe what matters most. This then allows for such projects as Manton Reece’s transfer of Instagram to Micro.blog or Jonathan LaCour’s move to transfer Facebook content using Micropub. A part of me wonders if I retired my Known instance to early? 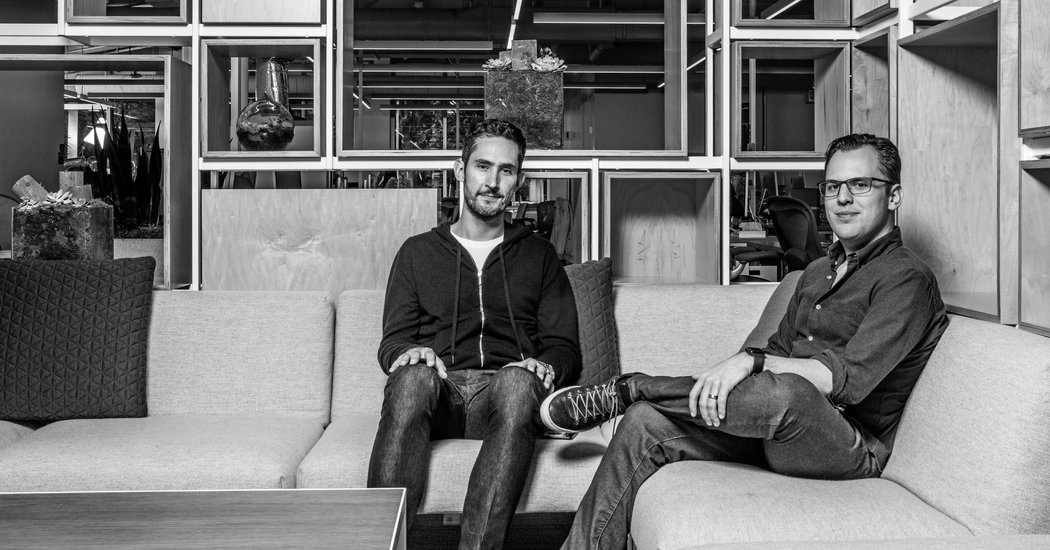 “Social media is in a pre-Newtonian moment, where we all understand that it works, but not how it works,” Mr. Systrom told me, comparing this moment in the tech world to the time before man could explain gravity. “There are certain rules that govern it and we have to make it our priority to understand the rules, or we cannot control it.”

I think there’s a place for a simple RSS-based Instagram clone. Subscribe as in an RSS reader, with the URL of a feed. It displays items with

It’s like Pinterest, but it goes a step beyond, because you have that collaboration and a way to connect with people.

Isn’t it sad when the only way for teachers to make a fair wage is by selling themselves and their work on Instagram.

I get anxious when in real life friends don’t like an Instagram photo of mine, especially if it related to work I’m undertaking, I wonder why they didn’t spend 2 seconds pressing the heart, did they even see my photo? Don’t they know I like to get, well a like. It makes me worry.

Adam, this reminds me of Bill Ferriter’s questions about audience and Harold Jarche’s discussion of metrics. I very rarely look at my analytics. What I do is for me firstly, that others may benefit is a bonus of the open web. As Maha Bali points out:

I first fell in love with the web or the open aspect of the web when I was trying to finish my PhD during a time where Egypt had a lot of political conflict and I was unable to leave the house because I had a young child and the library at my institution was closed. I needed some resources, and even though I had access to some online resources, I actually needed some paper based resources that did not exist for free online, and at the time, what I fell in love with was green open access stuff that was placed on repositories, and honestly pirated stuff, that was placed online so that I had some access to some articles and book chapters that I wouldn’t normally be able to access from home. And it was that transformative moment for me where I decided that if I publish things, I would like as much as possible for the things that I publish to be openly accessible to other people.