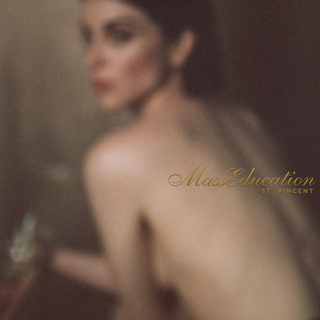 When Annie Clark was mixing last year’s critically acclaimed Masseduction, she cut another version of the same album that she’s since dubbed MassEducation. The reworked LP, which will come out on October 12th, features only her on vocals and Thomas Bartlett on piano. She described the record in a statement as “two dear friends playing songs together with the kind of secret understanding one can only get through endless nights in New York City.”

I loved MassEduction, but the rawness of just voice and piano in this version of the album takes the music to a whole new level for me.