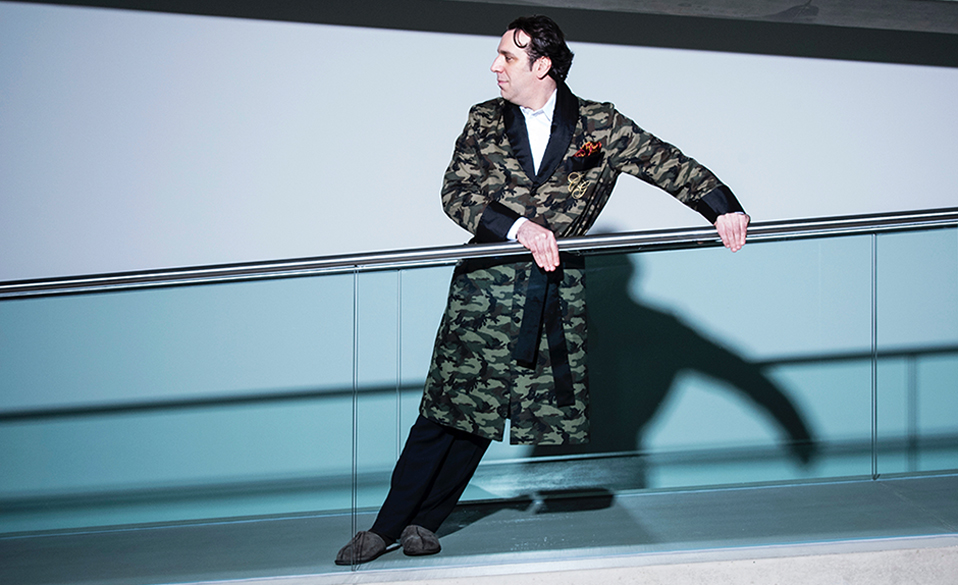 Wearing a pale blue short-sleeved shirt, dark pants and white trainers, he immediately introduces himself as Jason. It feels like a subtle way of drawing a line between the persona of Chilly Gonzales – a wild-eyed ‘musical genius’ who wears a robe and slippers on stage, like a Bond villain enjoying some downtime – and Jason Beck, a mild-mannered music nerd born in Montreal back in 1972.

Whether it be his version of Daft Punk’s Too Long or contribution to Jamie Lidell’s work, I have always been fascinated with the work of Chilly Gonzales, long before I even knew who Chilly Gonzales was. This article from Cian Traynor provides an insight into the thoughts and actions behind the man. If you have not experienced the ‘genius’ before, I highlight recommend his masterclasses:

Maybe changing attention spans are leading to new ways of listening but there are always going to be interesting artists who are able to see opportunities within that.

I sort of feel like, ‘Well, 10 million autotune fans can’t be wrong. Let me see if I can understand what’s happening here, what the aesthetics are.’ And if I spend enough time on it, I generally find some musical value
The fundamentals of musical storytelling are always going to be there: tension and release, fantasy and reality, sparseness versus denseness. These are the things that music has always been about, whichever culture or era you’re in. They’re still there. Everything gets flattened or compressed more, but that was already happening from the romantic era to the impressionist era

If you can steal without getting caught, then you’ve pulled off the perfect crime – which is what an artist is supposed to do. You’re not meant to come up with new things as an artist; no artist would say that’s what they do. It’s all about taking your influences and hopefully filtering them through a personal viewpoint

I’m all about letting the listener decide who fucked up and who was able to steal with finesse, you know? I mean maybe it’s different if you’re a struggling musician working your crappy day-job and you feel like some giant artist is profiting off something you did; I can imagine there’s a lot of emotional frustration there

5 responses on “📑 Chilly Gonzales breaks down the essence of music”