Skip to content
In an interview with Kara Swisher for Recode Decode, Adam Grant explains why company cultures are far from unique. He touches on a few key idea: 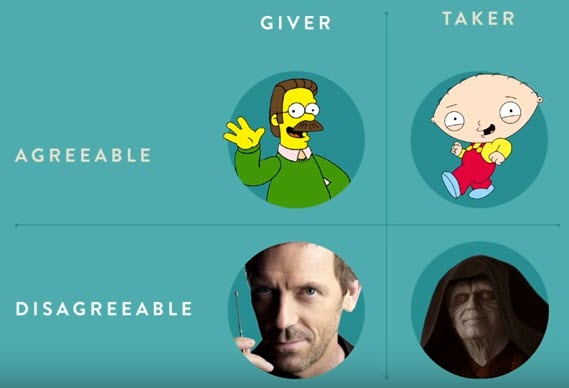 Overall, success is about contributing and helping others succeed. This is addressed in Grant’s TED Talk.

As a side note, one of the interesting points discussed during the TED Talk was that of the ‘agreeable taker’:

The other combination we forget about is the deadly one — the agreeable taker, also known as the faker. This is the person who’s nice to your face, and then will stab you right in the back. And my favorite way to catch these people in the interview process is to ask the question, “Can you give me the names of four people whose careers you have fundamentally improved?” The takers will give you four names, and they will all be more influential than them, because takers are great at kissing up and then kicking down. Givers are more likely to name people who are below them in a hierarchy, who don’t have as much power, who can do them no good. And let’s face it, you all know you can learn a lot about character by watching how someone treats their restaurant server or their Uber driver.

One response on “🎧 Your company’s culture is not unique, psychologist Adam Grant says”