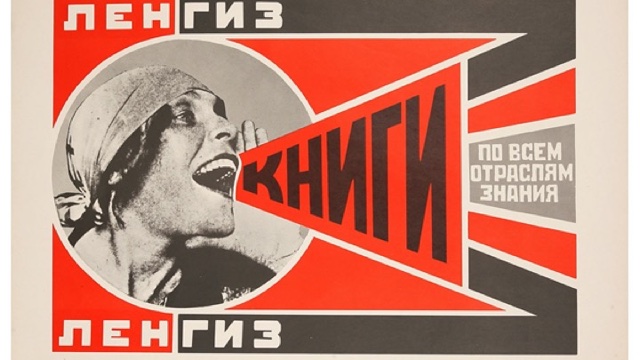 To suggest that storytelling in ed-tech is agitprop is not to suggest that it’s part of some communist plot. But it is, I hope, to make clear that there is an agenda — a political agenda and a powerful one at that — and an ideology to our technologies, that come intertwined with an incredible sense of urgency.

In a talk delivered delivered at OEB 2019 in Berlin, Audrey Watters sets out to defamilarise the stories we tell ourselves about educational technology, our “edtech imaginary.” This is a part of an attempt to “turn ed-tech agitprop back on itself” in order to highlight the political agenda and ideology at play.

Agitprop is a portmanteau – a combination of “agitation” and “propaganda,” the shortened name of the Soviet Department for Agitation and Propaganda which was responsible for explaining communist ideology and convincing the people to support the party.

Watters touches on such stories as “65% of children entering primary school today will end up in jobs that don’t exist yet” and “half life of skills” as examples of agitation propaganda. She questions the contradiction that is inherent in much of these discussions, where on the one hand we are calling for a revolt against the system, only the to replace it with a more dystopian one.

If nothing else, it helped underscore for me not only how the vast majority of ed-tech speakers give their talks with a righteous fury about today’s education system that echoes that school-as-factory scene in Pink Floyd’s The Wall – a movie that is 40 years old, mind you – and all starry-eyed about a future of education that will be (ironically) more automated, more algorithmic; and how too many people in the audience at ed-tech events want to chant “hey teacher! leave those kids alone” and then be reassured that, in the future, magically, technology will make everything happier.

Watters closes with a quote from Jill Lepore which summarises this current conundrum.

Machines don’t just keep coming. They are funded, invented, built, sold, bought, and used by people who could just as easily not fund, invent, build, sell, buy, and use them. Machines don’t drive history; people do.

This all comes back to the point that technology is.not merely a tool, but rather a system with many interconnecting parts at play.

Much of what passes off as exciting edtech looks literally dystopian to me, and in the talk above, Audrey traces that thinking to its roots and causes and in turn gives us a framework that allows us to question it. She is a brilliant, brilliant scholar.