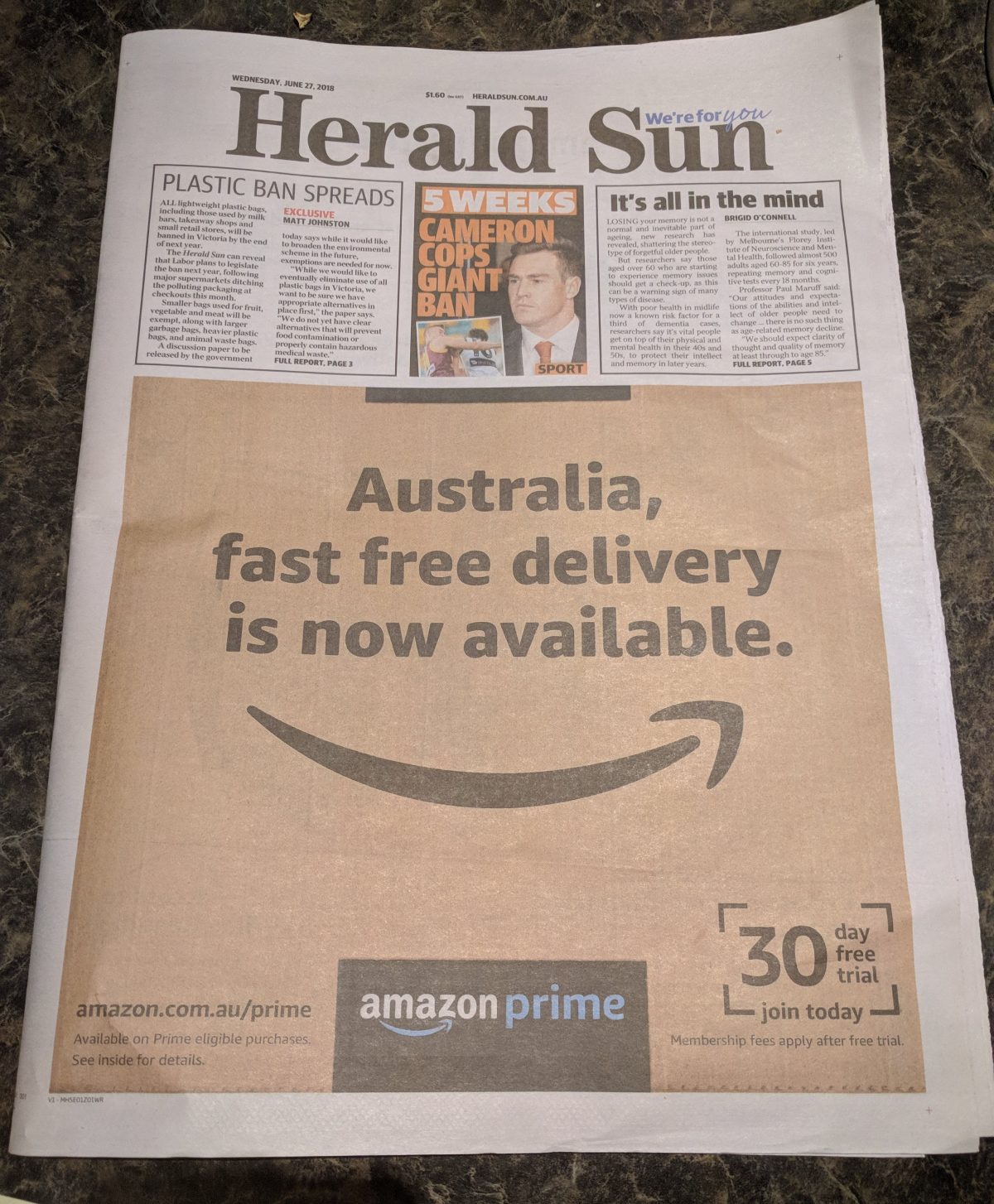 My own personal Amazon Prime day is in two weeks. It’s not the day that Amazon puts a lot of random crap on sale. (That’s in approximately three weeks.) My day is when Amazon will charge me $120 for another year of membership. That’s $20 more than what the company charged me last year and $40 more than what I paid five years ago, when I signed up for a free trial of Prime and forgot to cancel it. This year, I think I might bow out.

Adam Clark Estes reflects upon six years on Amazon Prime. He discusses the influence that the subscription has had on his habits and some of the things that he has done to counter this.

This fixation with Amazon is different, though. Amazon is the monster I invited into my home over a decade-and-a-half ago, when I started buying books for college online, and it’s been living in my basement since then, eating my spare change and growing. Over the years, when Prime entered the scene, the monster demanded more than the erstwhile meal of stray dollar bills and tapped directly into my bank account, where it started sucking down funds, like a colossus with a straw that led straight to my milkshake. I’d be lying if I said I didn’t enjoy the beast’s company sometimes. It’s always giving me fresh reasons to enjoy having it around. And it’s become increasingly apparent that Amazon Prime, now my nefarious old friend, can’t be replaced.

Mike Caulfield puts forward another response to this situation. He argues that rather than worrying about the Walmarts and Amazons, we should use the money saved to fund an organisation that supports your aims.

Go to Walmart and save $10 a week. At the end of the year give that $520 to a political or advocacy organization that supports your aims. Or use it to fund a newspaper that investigates Walmart. Or send it somewhere else to have an impact.