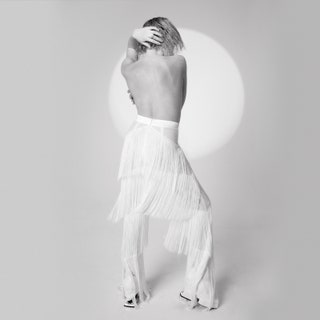 On her fourth album, the Canadian pop star is doing what she does best, calibrating lovesick or lovelorn synthpop that’s neither too hot nor too cold—and sometimes, regrettably, only lukewarm.

There is no faulting the slickness associated with this album, but there is just something missing. I think Anne Gaca captures this best in describing the album as ‘chill disco’. It feels like it lacks the depth of sound that was present on E.MO.TION.

Place between Robyn and Taylor Swift.