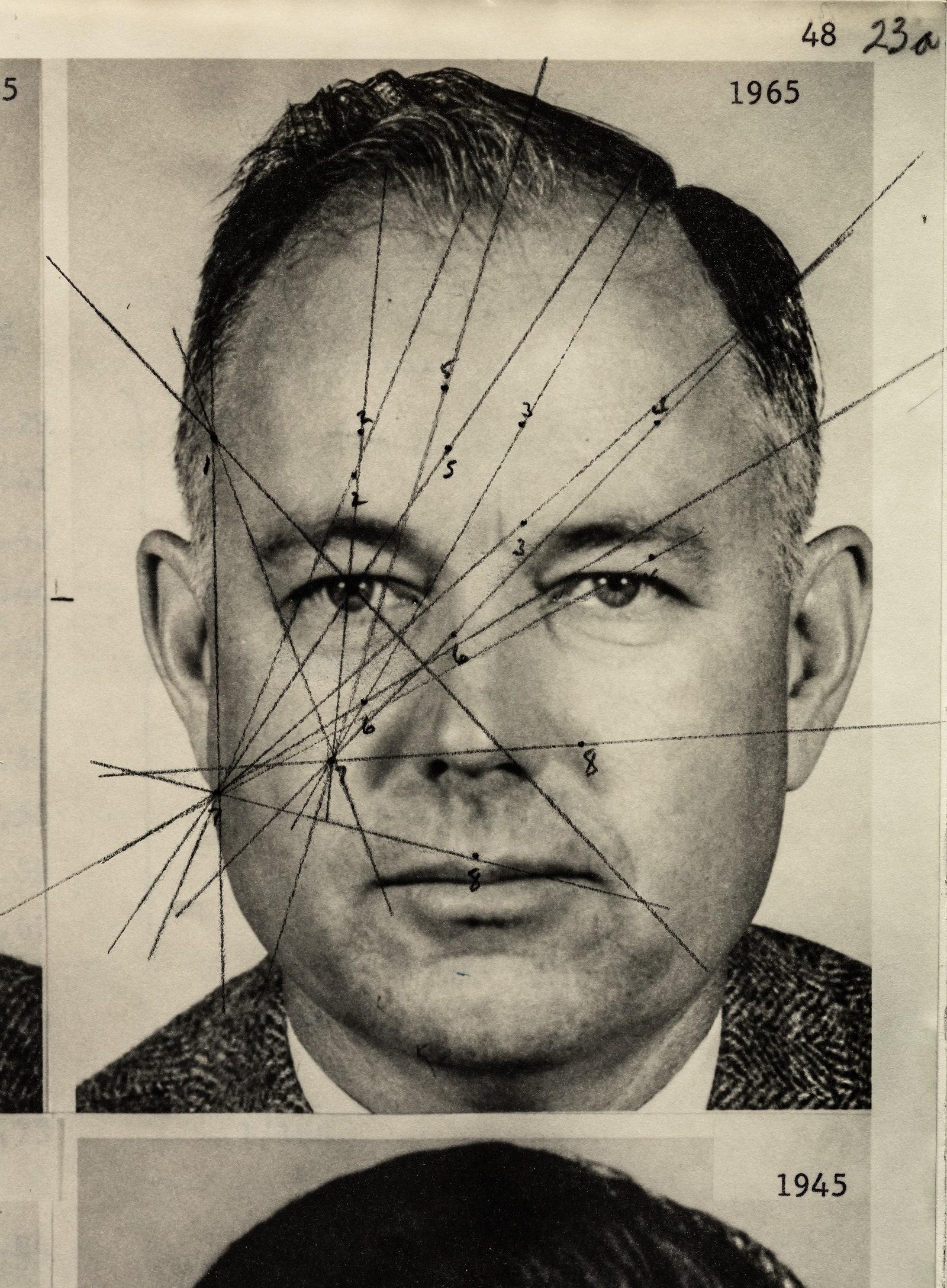 Sixty years ago, a sharecropper’s son invented a technology to identify faces. Then the record of his role all but vanished. Who was Woody Bledsoe, and who was he working for?

Shaun Raviv explores the secret history of Woody Bledsoe, Panoramic Research Incorporated and the CIA funded research into facial recognition. At the height of his work,

When Woody and Hart asked three people to cross-match subsets of 100 faces, even the fastest one took six hours to finish. The CDC 3800 computer completed a similar task in about three minutes, reaching a hundredfold reduction in time. The humans were better at coping with head rotation and poor photographic quality, Woody and Hart acknowledged, but the computer was “vastly superior” at tolerating the differences caused by aging. Overall, they concluded, the machine “dominates” or “very nearly dominates” the humans.

Due to the association with government, Bledsoe’s papers and research remained confidential.

This was the greatest success Woody ever had with his facial-recognition research. It was also the last paper he would write on the subject. The paper was never made public—for “government reasons,” Hart says—which both men lamented. In 1970, two years after the collaboration with Hart ended, a roboticist named Michael Kassler alerted Woody to a facial-recognition study that Leon Harmon at Bell Labs was planning. “I’m irked that this second rate study will now be published and appear to be the best man-machine system available,” Woody replied. “It sounds to me like Leon, if he works hard, will be almost 10 years behind us by 1975.” He must have been frustrated when Harmon’s research made the cover of Scientific American a few years later, while his own, more advanced work was essentially kept in a vault.