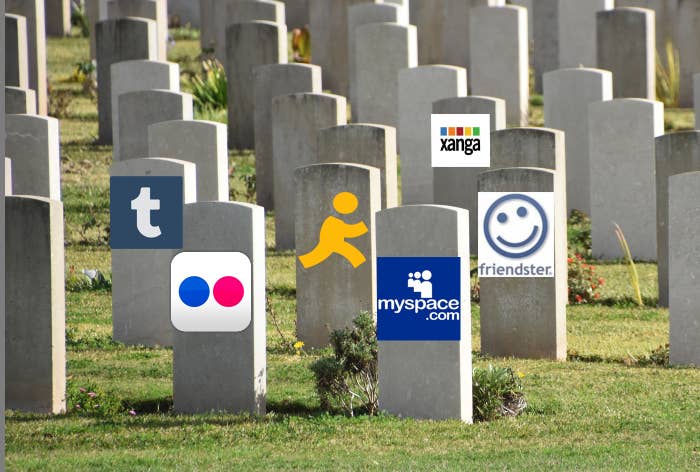 Quick: Can you think of a picture of yourself on the internet from before 2010, other than your old Facebook photos? How about something you’ve written? Maybe some old sent emails in Gmail or old Gchats?


But what about anything NOT on Facebook or Google?


Most likely, you have some photos that are lost somewhere, some old posts to a message board or something you wrote on a friend’s wall, some bits of yourself that you put out there on the internet during the previous decade that is simply gone forever.


The internet of the 2010s will be defined by social media’s role in the 2016 election, the rise of extremism, and the fallout from privacy scandals like Cambridge Analytica. But there’s another, more minor theme to the decade: the gradual dismantling and dissolution of an older internet culture.


This purge comes in two forms: sites or services shutting down or transforming their business models. Despite the constant flurries of social startups (Vine! Snapchat! TikTok! Ello! Meerkat! Peach! Path! Yo!), when the dust was blown off the chisel, the 2010s revealed that the content you made — your photos, your writing, your texts, emails, and DMs — is almost exclusively in the hands of the biggest tech companies: Facebook, Google, Microsoft, Amazon, or Apple.


The rest? Who knows? I hate to tell you, but there’s a good chance it’s gone forever.

Katie Notopoulos discusses the sites that came and went during 2010’s. The IndieWeb has a more extensive list of site deaths.