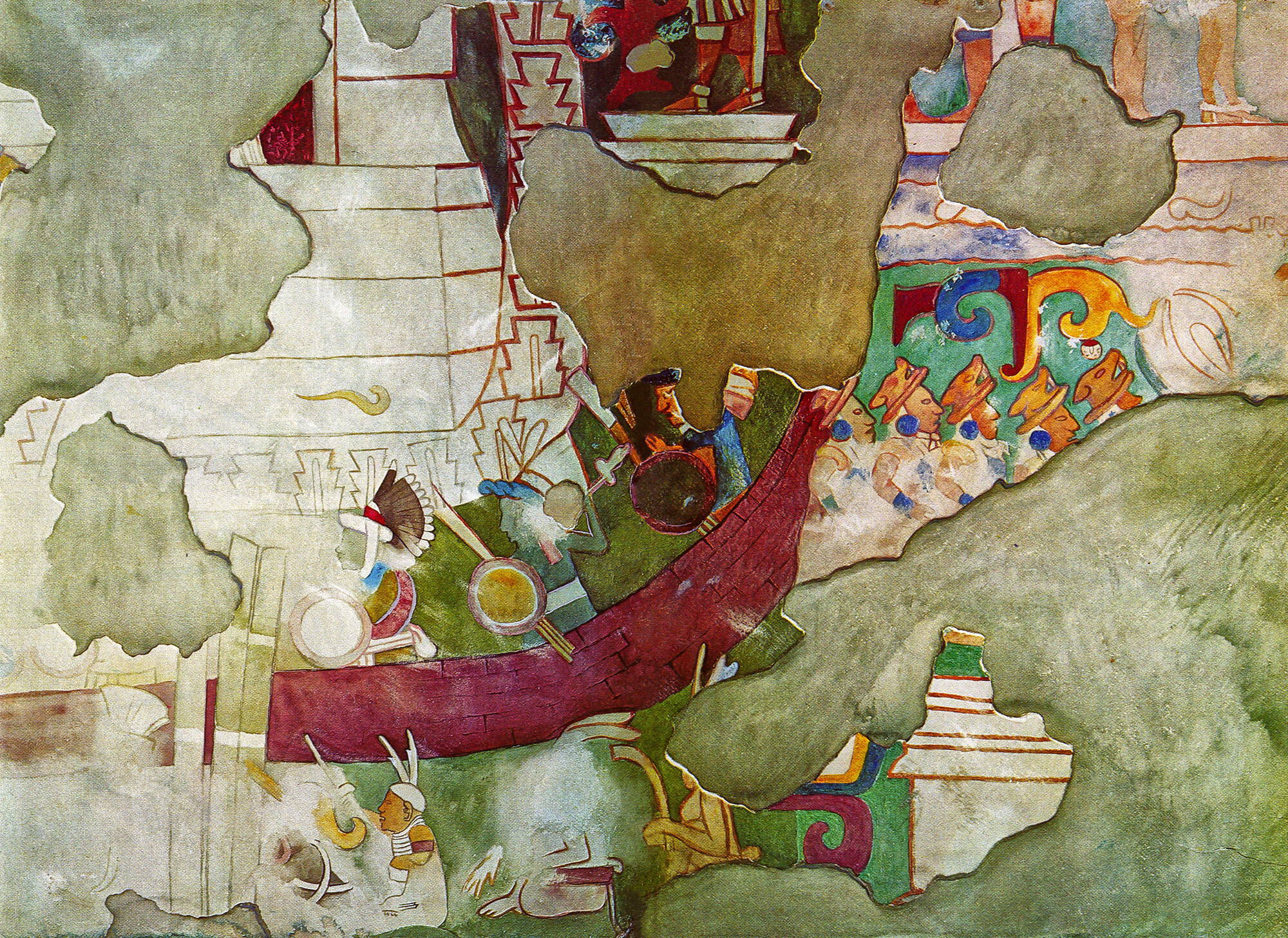 Centuries before Columbus, Vikings came to the Western hemisphere. How far into the Americas did they travel?

Valerie Hansen extends the discussion of Viking exploration of Northern America wondering if in fact they got as far as Central America.

Some murals from the Temple of the Warriors in Chichén Itzá suggest that residents might have had contact with Vikings. Could the Vikings who left a settlement at L’Anse aux Meadows have made it to the Yucatán Peninsula – some 3,700 miles (c6,000 km) south of where the Viking penny surfaced at the Goddard site? One of the murals at the Temple of Warriors, painted around 1000 CE, depicted a naval battle scene showing blond-haired men being thrown into the water.

Comparing with the Battle of Hastings, for which there is little archeological evidence, she suggests we simply may never know.