Saxophonist John Coltrane was born on Sept. 23, 1926. On what would have been his 93rd birthday, scholar and historian David Tegnell offers this guest

This piece is an intriguing investigation of influence on John Coltrane, as well as American slavery in general. 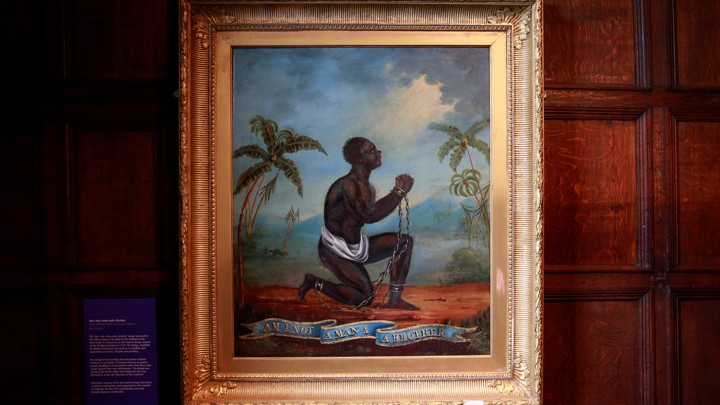 No one knows when Angela was born. But she was probably young. If she was 19 years old in 1619, she’d have been born in 1600, the year John translated into English and published A Geographical Historie of Africa, a book of racist ideas about Angela’s race. First written in 1526, and popular as late as the 19th century, its racist ideas apparently had to be true since they were written by an African Moor, Leo Africanus (who probably sought favor from the Italian court that had freed and converted him). “The Negroes likewise leade a beastly kinde of life, being utterly destitute of the use of reason, of dexteritie of wit, and of all artes,” Africanus wrote. “Yea they so behave themselves, as if they had continually lived in a forrest among wilde beasts.”

For Kendi, this is both hopeful and hopeless in how far we have and have not progressed. The New York Times has also collected a number of pieces reflecting on the legacy. This includes an alternative history of slavery, the intertwined tale of sugar and slavery and the origins of today’s democracy.

I wonder if Michael listened to NIN’s Happiness is Slavery while sketching this?

Each of the stories in the #1619project takes up a modern phenomenon and reveals its history. From the lack of healthcare to mass incarceration, from the brutality of capitalism to the epidemic of sugar — no part of America has been untouched by slavery. https://t.co/CUvboAQdd1

Based on his reading of this week’s story in the Times, Schank now wonders if maybe Epstein changed his mind and decided that the mothers of his children should all live with him (and one another) in New Mexico. “The fact that he came up with a new plan is not surprising to me,” Schank said.

He was intent on clarifying that he always felt Epstein’s intentions, even with the women, were benign. “This guy was actually not a bad guy,” Schank told me at the end of our conversation. “I mean, put the 14-year-olds out of the picture. Those even make me think he was a bad guy. But to my knowledge he was not a bad guy. He was a good guy.”

Usually, when we say “American slavery” or the “American slave trade,” we mean the American colonies or, later, the United States. But as we discussed …

This is a fascinating representation over time, with little black dots continually skimming across the Atlantic Ocean. It made me think how many different industries were associated and dependant on the trade of slaves.

If you knew the history of tipping, you’d never see it the same way again.

Roberto Ferdman and Saru Jayaraman discuss tipping and its origins. Jayaraman discusses the two dollar hourly rate that waiters are often paid, how there is a confusion for who they are working for and the association with slavery. This practice is so deeply rooted as was demonstrated in a post from Jason Kottke.

Our research shows that all of that sexual harassment—from customers, coworkers, and management—can be traced back to this whole culture of forcing women to make their income based on pleasing the customer. To me it’s all summed up by this one quote from Texas, where they earn $2.13 an hour before tips. This waitress was speaking at a Senate press conference, and she said: ‘Senators, what would it be like for you if your income depended on the happiness of the people you serve? Because my income depends on the people I serve, I have to put up with a guy groping by butt every day so I can feed my four year old son every day.’

A cemetery found on a construction site is believed to contain remains of African-Americans forced to work on plantations through the so-called convict lease system.