A Stoic is able to think positively because they know they can create positive outcomes with their actions. A Stoic isn’t afraid to think negatively either, because these thoughts help shape the actions they’re going to take (again, to create a positive outcome). They don’t wait for The Universe to line up perfectly with their vibrations and visualizations. They get moving. They assert agency. Action by action, Marcus said, no one can stop you from that.

This article by Ryan Holiday takes a radical look at changing our phone habits – just one of many technology-centric rituals we need to keep in check.

You want to use it. Just grab it and alleviate the boredom or discomfort. Might as well check the headlines instead of struggling to type words on a blank screen. And why stay in this tense argument with your spouse when you can see what’s new on Instagram? “Hey, sorry buddy, I can’t play dinosaurs right now — I have to answer this email.”

A Radical Guide to Spending Less Time on Your Phone – When I used these strategies, I finally took back my life by Ryan Holiday.

What did you think of Ryan’s suggested strategies? Have you tried any? What have been the results?

I found Ryan Holiday’s list interesting. For example, I scrapped alerts long ago, yet I have found myself subsequently checking for updates. I think the benefit is that this is at least on my terms. These posts are a useful provocation to at least stop and reflect.

I was intrigued by another post recently discussing the humane technology movement and the point that although they are pushing against platform capitalism, they are still very much in favour of the templated self.

When I go back through the cards, I’ll often remember other things from more recent reading or thinking and add to them. This is why, if you went through all mine, you’d see different colors of ink on the same card. 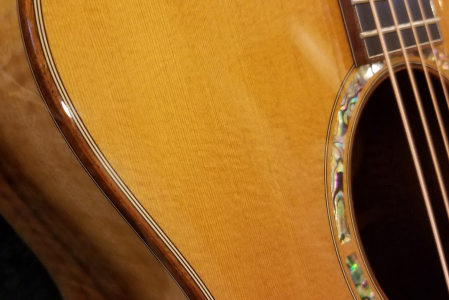 For those of us concerned about our advancing years, taking up a hobby, learning new skills promotes mental health and longevity. Some folks work on crossword puzzles or play Soduko, others paint, write, or plant gardens. My commitment involves six strings, ten fingers, two eyes, two ears, and one hungry mind.

What I have learnt recently is the importance of learning something beyond education. I have been doing some thinking about writing a book about covers. In part I am interested in the process and what I can learn about myself. I really enjoyed Ryan Holiday’s reflections on the journey.

As a researcher, you’re as rich as your database. Not only in being able to pull something out at a moment’s notice, but that that something gives you a starting point with which to make powerful connections. As cards about the same theme begin to accumulate, you’ll know you’re onto a big or important idea.

The five steps that Ryan Holiday suggests when conducting research are:

This continues on from Holiday’s past reflections associated with the processes of writing. It also touches on the importance of a ‘commonplace book‘.

All the things that people do hallucinogens to explore, you can also do while sober as a judge. It just takes work.

Ryan Holiday reflects on the impact of Marcus Aurelius’ Mediation in light of his new book, The Daily Stoic. One of the interesting points Holiday discusses is the influence of translation:

All we have now are translations of translations — no original writing from his hand survives. It all could have been arranged in an entirely different format originally (Did all the books have titles originally — as the first two do? Are those titles made up? Were they all numbered originally? Or were even the breaks between thoughts added in by a later translator?)

This comes back to the work of Walter Benjamin and the Task of the Translator.

Another idea that he discusses is the ability to explore a side of life that many assume is only possible through the use of drugs. He explains that this just takes effort. This reminds me of Jack Antonoff’s avoidance of drugs:

Drugs spin certain wheels in your head that are already spinning

Holiday also discusses habits and stoicism in a post outlining 13 habits to do every day.