Last year, Planet Money ran a show about why it doesn’t make sense economically and, heartbreakingly, even environmentally to recycle plastic. But if recycling most plastic is not working now — and if it didn’t work 30 years ago when the numbers and arrows first popped up — did it ever work? And why did it take us so long to learn the truth? In this episode, NPR reporter Laura Sullivan, with the support of PBS’s Frontline, sets out to find out who is responsible.

And what she finds is a paper trail — crinkled-up documents (that apparently did not get recycled) long forgotten in old boxes. And the trail leads, well, to a guy on a beach in Florida.

Laura Sullivan explores how recyclable plastic actually is and why we are having this conversation. The reality is much of what we think is ‘recyclable’ is in fact not. As Sullivan uncovers, the oil industry led a campaign to have the recyclable symbol added to all products. The intent was to confuse costumers into thinking that everything was in fact recyclable, therefore they did not need to worry about the environmental impact of it all.

In the early 1990s, at a small recycling facility near San Diego, a man named Coy Smith was one of the first to see the industry’s new initiative.

Back then, Smith ran a recycling business. His customers were watching the ads and wanted to recycle plastic. So Smith allowed people to put two plastic items in their bins: soda bottles and milk jugs. He lost money on them, he says, but the aluminum, paper and steel from his regular business helped offset the costs.

But then, one day, almost overnight, his customers started putting all kinds of plastic in their bins.

“The symbols start showing up on the containers,” he explains.

Industry documents from this time show that just a couple of years earlier, starting in 1989, oil and plastics executives began a quiet campaign to lobby almost 40 states to mandate that the symbol appear on all plastic — even if there was no way to economically recycle it.

It is for this reason, when the sorting of plastic is a complicated as ever, that we need to be skeptical when companies like Chevron Phillips say that they will “recycle 100% of the plastic it makes by 2040.”

Oliver Franklin-Wallis suggests that what is important is how we actually use plastics in the first place, while the RN Future Tense podcast explores the incentives that could be put in place. 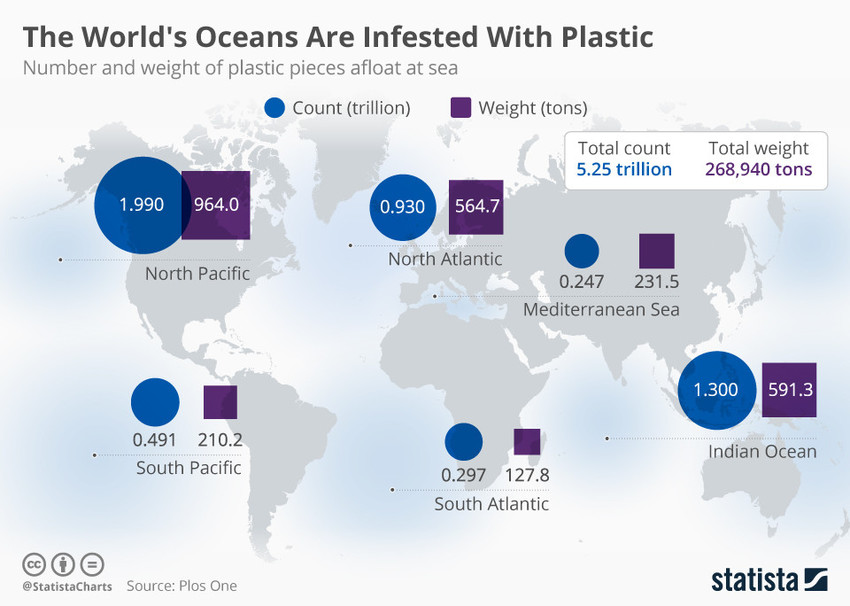 Eight of them are in Asia: the Yangtze; Indus; Yellow; Hai He; Ganges; Pearl; Amur; Mekong; and two in Africa – the Nile and the Niger.

Alex Gray explains that there are two common factors which lead a river to be a leader in plastic pollutants: a generally high population living in the surrounding region and a less than ideal waste management process.

According to Homonoff’s research in both Chicago and Montgomery County, Maryland, “very small financial incentives can lead to big behavioral change,” she said. The fact that small fees, 5 or 7 cents, can lead to a big reduction in disposable bag use suggests that a sizable portion of the population is perfectly happy to use a reusable bag or not use a bag at all, and need just the smallest push to get there. Homonoff said that in her surveys, people would tell her, “I have a reusable bag in my car. Now I bring it into the store and actually use it.”

Matthew Zeitlin compares the different approaches used in US to curb the use of plastic. In regards to changing habits, it has been found that taxes work more effectively. This is something touched upon by the RN Future Tense podcast.

You sort your recycling, leave it to be collected – and then what? From councils burning the lot to foreign landfill sites overflowing with British rubbish, Oliver Franklin-Wallis reports on a global waste crisis

Oliver Franklin-Wallis discusses the current global recycling crisis. Just like the argument around reducing flying, we need to systemically review our use of plastics in the aisles of our supermarkets. 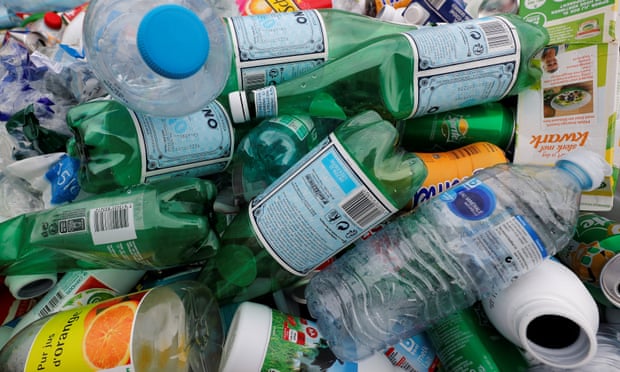 Decades after it became part of the fabric of our lives, a worldwide revolt against plastic is under way

It is intriguing to think about plastic as being a part of the wider discussion of global warming. James Bridle refers to the notion of ‘hyperobjects’:

The philosopher Timothy Morton calls global warming a ‘hyperobject’: a thing that surrounds us, envelops and entangles us, but that is literally too big to see in its entirety.

Whether it be in the drinking water or the ocean tip, rubbish has become a part of our imaginary.

Even those who campaign against the overuse of plastic, argue for a more nuanced understanding of its role in our lives. Future Tense looks at these nuances.

Antony Funnell takes a critical look at the move to abolish plastic. He speaks with a number of experts who highlight that the issue is not plastics themselves, but the way they are used and recycled. This is what has led to the pollution of oceans and the environment. This episode of Future Tense corresponds with the return of the television series War on Waste.

Other solutions to the waste crisis include charging more to dump waste in landfill or offering subsidies to increase the capacity of the local recycling sector.

A better option is to consume less plastic. “Precycling” minimises waste by reducing consumption. In practice this means packing your shopping in reusable bags, using a reusable cup for your takeaway coffee, buying items free from packaging — and putting a whole apple in our kids’ lunchboxes.

Nicola Heath reports on the current plastic crisis in Australia. Although every state has agreed to ban single use bags, the real problem that needs to be addressed is in the aisles and aisles of pre-packaged food. Although the impact of plastics on our ocean has been well reported, it seems that there is a significant impact on our fresh water lakes too. Studies have found microplastics in drinking water, beer and honey. I wonder if the solution starts with school?