New contributions have slowed, so this might be the last version (V2.0) of our bracelet chart. Improved the colors, unbolded language names & made a version that groups food vs. non-food names. That might make the chart too busy, so I made versions with & without it. Enjoy! pic.twitter.com/wGKNq68SJe

One of the masters of writing mathematician Ian Stewart wrote about 17 equations that he believes have changed the world. In his book, In Pursuit of the Unknown: 17 Equations That Changed the World, he discusses each equation in an engaging and practical manner, and he gives a number of illustrations of how those equations have and are impacting our lives.

This is a great resource Kathleen. Thank you for sharing.

A new, Spanish-designed submarine has a weighty problem: The vessel is more than 70 tons too heavy, and officials fear if it goes out to sea, it will not be able to surface.

And a former Spanish official says the problem can be traced to a miscalculation — someone apparently put a decimal point in the wrong place.

I guess this is a good reminder why mathematics is important?

We need to give teachers the environment they need to be able to thrive, and we need to recognise and encourage the importance of teachers’ individual personality and character in inspiring the next generation of students.

If you ask maths students how many bricks are in this stack, you are a "prog who hates maths". @ddmeyer #mtbos https://t.co/dQL5SriZm6 pic.twitter.com/6fKFlk1iRV

"Maths is right or wrong" is an impoverished view of maths. 1+1=2 is always true but maths IRL is shades of grey. Your household budget, the strength of a bridge, the correct dose of medication all rely upon assumptions of varying accuracy. Change an assumption change the answer. https://t.co/3sMIZQXHqJ

This is a fascinating lecture, and it also epitomizes Wolfram in that it is a magnificent feat that would have benefited immensely from editorial reflection. Wolfram announces that’s he’s giving the lecture off the top of his head, and as far as that goes, it’s incredibly impressive. And yet…it makes you wonder, if he had actually prepared a detailed crib or even written the speech out, how much more fluid would it have been? Would the transitions be smoother? Would he spend less time fumbling for names or dates, or backtracking?

Stephen Wolfram takes a walk through the history of Mathematics. This is a fascinating ramble through time and a reminder of the way in which the present is built on the discoveries of the past. It is interesting to think of this alongside Joel Speranza’s breakdown of mathematical ideas.

While the maths may get challenging, it never appears as if by magic. Each step builds upon the previous (or several of the previous) and no student ever needs to make a mathematical leap of faith.

Ever wondered why algorithms are called algorithms?

It's thanks to Persian mathematician Muhammad al-Khwarizmi – born way back around AD780… pic.twitter.com/Otn6zg72Tr

Because, if you ASSUME things without thinking about it, you’ll make an ASS out of U and ME. But if you ASSUME and you DO think about it… well that’s just good maths.

This reminds me in part of a bit out of Nassim Nicholas Taleb’s Black Swan:

We love the tangible, the confirmation, the palpable, the real, the visible, the concrete, the known, the seen, the vivid, the visual, the social, the embedded, the emotionally laden, the salient, the stereotypical, the moving, the theatrical, the romanced, the cosmetic, the official, the scholarly-sounding verbiage (b******t), the pompous Gaussian economist, the mathematicized crap, the pomp, the Académie Française, Harvard Business School, the Nobel Prize, dark business suits with white shirts and Ferragamo ties, the moving discourse, and the lurid. Most of all we favor the narrated. Alas, we are not manufactured, in our current edition of the human race, to understand abstract matters—we need context. Randomness and uncertainty are abstractions. We respect what has happened, ignoring what could have happened. In other words, we are naturally shallow and superficial—and we do not know it.(Page 132)

Everything you need to learn between learning how to count up until learning to complete the square. Did I miss anything out? #mtbos pic.twitter.com/AE7E1snIrm

Mathematical models are used everywhere in science and can even be turned inward to study mathematics itself. They are incredibly powerful tools that allow us to trade a problem we don’t fully understand for one we have a better handle on.

But using models is inherently tricky. We can never be certain that our model behaves enough like the thing we are actually trying to understand to draw conclusions about it. Nor can we be sure that our model is similar enough in the ways that really matter. So it can be hard to know that the evidence we collect from the model is truly evidence about the thing we want to know about.

Amare is looking at these 16 parabolas. Her partner Geoff has chosen one and she has to figure out which one by asking yes-or-no questions. There are lots of details here. She’s trying to foc…

Dan Meyer on differentiating between ‘real’ models versus ‘non-real’ models in Mathematics. The problem with this is that from a process point of view it is all real learning. It’s a bad mirror, so I call it a mistake. “Mistakes grow your brain,” I say. “We expect them, respect them, inspect them, and correct them here,” I say. And if we have to label student ideas “mistakes,” maybe those are good messages to attach to that label.

But the vast majority of the work we label “mistakes” is students doing exactly what they meant to do.

We just don’t understand what they meant to do. 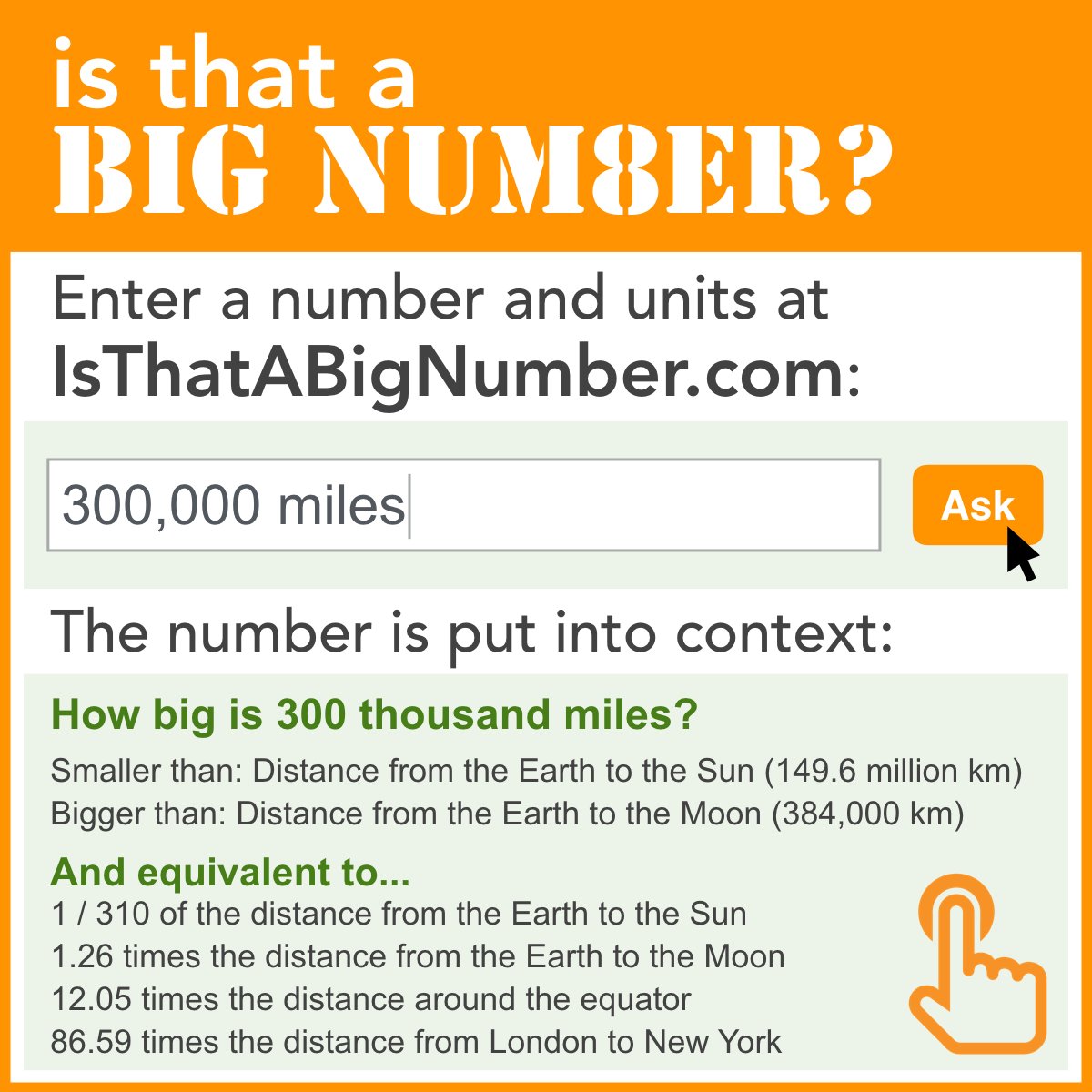 🔢 Is That a Big Number is a website that puts numbers into context: https://t.co/K8rkI0vQhg pic.twitter.com/907Jy0kNsQ

Which One Doesn’t Belong – find a reason why each one does not belong wodb.ca/index.html

It is not about the answer, but about the discussion. The next step to Which One Doesn’t Belong is getting students to make their own

Between 2 Numbers – If this then what www.between2numbers.com

101 Questions – pose questions based on a provocation www.101qs.com

Youcubed – a collect of tasks that could be used as starters www.youcubed.org