Ok, that’s a lot of words to get to a critical point about the Joi Ito story: Everyone seems to treat it as if the anonymity and secrecy around Epstein’s gift are a measure of some kind of moral failing. I see it as exactly the opposite. IF you are going to take type 3 money, then you should only take it anonymously. And if you take it anonymously, then obviously you will take the many steps detailed by Farrow to keep it secret. Secrecy is the only saving virtue of accepting money like this. And rather than repeating unreflective paeans to “transparency,” we should recognize that in many cases, secrecy is golden.

Lawrence Lessig discusses the different ways universities are funded. He breaks this down into four types:

He explains that universities take money from all types. For Lessig, this is why he argued that Joi Ito should not have had to resign and why donations should be anonymous. However, he also adds that he should have stopped Ito from accepting the money.

I've read this and I have thoughts. Please read what @Lessig wrote and then my thread — not the other way.

He argues that Epstein’s intent in donating to MIT was not whitewashing, but rather to gain access to powerful men. Another reason to donate is the corruption of research. In the end, “the only reason to keep MIT donations secret is to dodge scrutiny.” 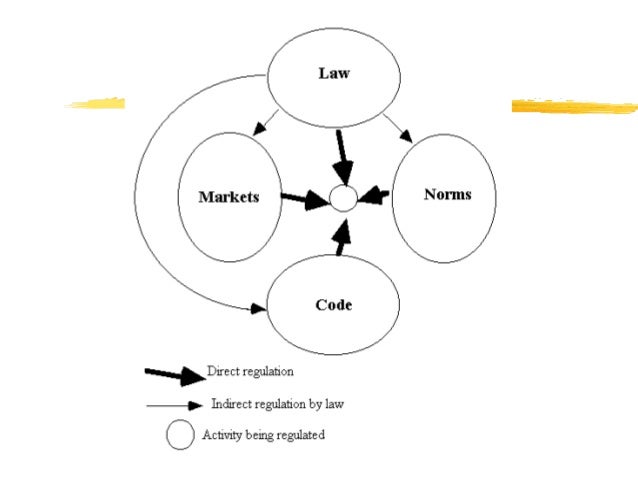 Theories of cyberspace regulation The problem: Cyberspace is a different context from the physical world. We may need to rethink how regulation of behaviour wo…

A breakdown of Lawrence Lessig’s theory of pathetic dot theory.