Twenty-twenty will be remembered as the year of the pandemic. Lots changed, and now we have lots of questions too: When will things “go back to normal”? Will they ever go back to the way they were before? If there are some permanent changes from this year, what will they be? No one can say now. So the moment we’re living through now is a kind of interregnum, the space between two moments with their respective structures of feeling. The in-between can be acutely uncomfortable but also a space of freedom as old habits have ended but new ones not yet been settled. Proust called this the moment of exfoliation, when you shed one skin and grow another. It’s not comfortable, but it is interesting.

Kim Stanley Robinson at The Interval: The legacy of Ursula K Le Guin lives beyond the page  in generations of writers who have learned from her. She used fantastic fiction to imagine ideals for the real world. Kim Stanley Robinson, her student 40 years ago and now a celebrated science fiction writer himself, reflects on Le Guin the teacher,  her impact on his work, and how she changed the world.

Kim Stanley Robinson is an American novelist, widely recognized as one of the foremost living writers of science fiction. His work has been described as “humanist science fiction” and “literary science fiction.” He has published more than 20 novels including his much honored “Mars trilogy”, New York 2140 (02017), and Red Moon due out in October 02018. Robinson has a B.A. in Literature from UC San Diego and an M.A. in English from Boston University. He earned a Ph.D. in literature from UCSD with a dissertation on the works of Philip K. Dick.

Ursula K Le Guin was one of the greatest imaginative writers of all time. Her science fiction and fantasy stories (as well as children’s books, poetry, essays, and many other genres & forms) have sold millions of copies, earned dozens of awards, and stayed constantly in print. Her honors include six Nebula awards, seven Hugos, and the National Book Foundation Medal for Distinguished Contribution to American Letters. In 02003 she became the 20th writer ever to receive the Science Fiction and Fantasy Writers of America’s Grand Master award. She passed away in January 02018.

Le Guin’s book of essays No Time to Spare: Thinking About What Matters won a 02018 Hugo award and the 02017 collected edition of her Hainish Novels and Stories recently won a Locus award. A documentary entitled Worlds of Ursula K. Le Guin will debut in 02018.

He ends suggesting that Le Guin was an ambassador who always reminded others of the importance of science fiction as a craft.

"Let’s be clear — what you are doing is not about climate action or responding to an emergency. It never was. This is communication tactics disguised as politics."

Yesterday I adressed the #AustrianWorldSummit along with Angela Merkel, António Guterres, Alok Sharma and others. pic.twitter.com/vuD4T0vjfd

Interesting listening to Greta Thunberg after reading Kim Stanley Robinson’s The Ministry for the Future.
.

The way I’ve been putting it over the last few years is that science fiction works by a double action. This is maybe another way of talking about the estrangement effect. Think of the glasses that you put on at a 3D movie. Those special glasses have one lens showing you one thing and the other lens showing you another thing, slightly different. And your brain puts together a 3D view from these.

So one lens of science fiction is a real attempt to imagine a possible future. The other lens is a metaphor for the way things are right now. What you get when the two coalesce is a vision of historical time, cast into the future. Like a trajectory of deep time.

What felt impossible has become thinkable. The spring of 2020 is suggestive of how much, and how quickly, we can change as a civilization.

Kim Stanley Robinson discusses the way in which the current crisis has rapidly rewritten our imagination.

The virus is rewriting our imaginations. What felt impossible has become thinkable. We’re getting a different sense of our place in history. We know we’re entering a new world, a new era. We seem to be learning our way into a new structure of feeling.

Our ability to adjust to respond to the idea of ‘flattening the curve’ has demonstrated our ability to move beyond the neo-liberalosm and the individual to instead focus on the greater good.

Just as there are charismatic megafauna, there are charismatic mega-ideas. “Flatten the curve” could be one of them. Immediately, we get it. There’s an infectious, deadly plague that spreads easily, and, although we can’t avoid it entirely, we can try to avoid a big spike in infections, so that hospitals won’t be overwhelmed and fewer people will die. It makes sense, and it’s something all of us can help to do. When we do it—if we do it—it will be a civilizational achievement: a new thing that our scientific, educated, high-tech species is capable of doing. Knowing that we can act in concert when necessary is another thing that will change us.

This then gives us hope for the responding to the multi-generational Ponzi scheme that is global warming and the new imagination required to respond to that.

You can’t fix extinctions, or ocean acidification, or melted permafrost, no matter how rich or smart you are. The fact that these problems will occur in the future lets us take a magical view of them. We go on exacerbating them, thinking—not that we think this, but the notion seems to underlie our thinking—that we will be dead before it gets too serious. The tragedy of the horizon is often something we encounter, without knowing it, when we buy and sell. The market is wrong; the prices are too low. Our way of life has environmental costs that aren’t included in what we pay, and those costs will be borne by our descendents. We are operating a multigenerational Ponzi scheme. 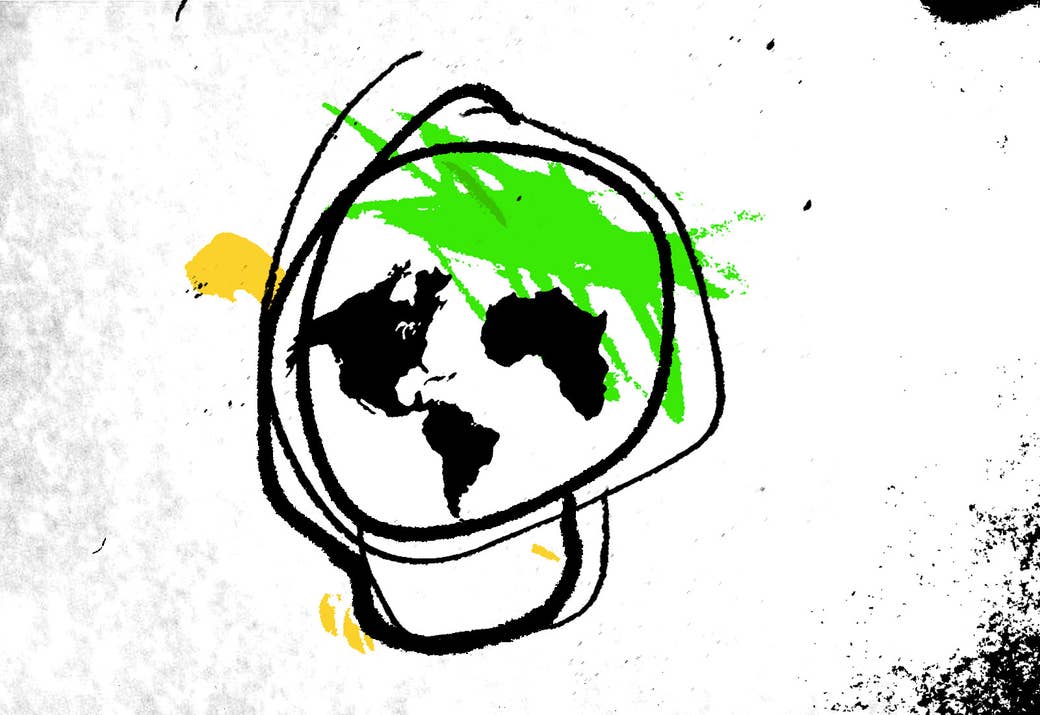 As we head for the edge of a climate change cliff, neoliberal market capitalism is chewing up the biosphere and the lives of everyone in it. But it’s not too late to act.

Kim Stanley Robinson argues that change is still possible to alivate the crisis of global warming. However, this is not individual change, but rather political change.

Any such resistance will have to emerge in forms borrowed from the system we have now, in a stepwise process using the political tools already at hand. This is a depressing thought, but as methods go, it’s the lesser of many evils. The other options include things like world revolution (messy, murderous, prone to failure or blowback); or a fall into a new Dark Age, followed by a renaissance some centuries later; or — well, what else is there? Alien or divine intervention I leave to others to imagine. In our timeline, it seems to me the only real option is politics. Or to be more specific, political economy.

This ‘political economy’ would be post-capitalism. In many respects this touches on Douglas Rushkoff’s push for more human intervention and involvement.

A political economy like this would be a “post-capitalism” one in which everyone could live at adequacy, including wild and domestic mammals, birds, fish, insects, plants, bacteria, and all the other parts of Earth’s living symbiosis. What we’re doing now makes it harder to get to that good future, but the goal is still physically possible to attain. This is the project that human civilization has to take on to survive, and one that will provide not just employment, but purpose. We all crave meaning in our lives, and by a strange twist of fate, a very meaningful project has been given to us: Prevent a mass extinction event, and build a better world for the generations to come.

Reflecting on the extremes of utopian and dystopian imaginings, Mike Caulfield calls for another possibility, Neartopias:

Neartopias are not utopias. They have problems. They have to have problems because problems are what drive plots. And on another level problems are just interesting in a way that non-problems are not. They also aren’t post-scarcity Star Treks, or visions of a perfect 6030 A.D. They are “near”-utopias both in the sense that they lack perfection and in that they seem near-enough to be achievable.
Neartopias also have blindspots. Each neartopia pulls from cultural assumptions that will be eventually — like all things — be revealed as problematic. The Golden Age of sci-fi produced some neartopias, for instance, but had a relationship with technological progress and industry, for example, that was — well, let’s say underdeveloped.

Reflecting upon The Ministry for the Future, Kim Stanley Robinson reflects upon the break often associated with utopias:

One weakness I’ve become aware of is how often the authors of utopias set them after a break in history that allows their societies to start from scratch. In the 16th century, Sir Thomas More began the use of this device with a physical symbol: His utopia’s founders dug a Great Trench, cutting a peninsula in two and creating a defensible island. Other kinds of fresh start appear in utopias throughout the centuries, always clearing space for a new social order. Even Le Guin’s Annares is founded by exiles from Urras.

The Global Footprint Network estimates that we use up our annual supply of renewable resources by August every year, after which we are cutting into non-renewable supplies – in effect stealing from future generations. Eating the seed corn, they used to call it. At the same time we’re pumping carbon dioxide into the atmosphere at a rate that is changing the climate in dangerous ways and will certainly damage agriculture.