Skip to content
In an interview with Metal Hammer, Tom Morello rues the fact that young people are unwilling to put in the time and effort these days when it comes to mastery.

“I’m disgusted by the fact that a lot of young people these days aren’t willing to sit down and practise the electric guitar for eight hours a day. They are all looking for an easier route to becoming famous. Look at the Top 50 songs on the radio in the US – there are no guitar solos in them. I see [Tom’s 2018 all-star solo album] The Atlas Underground as a Trojan horse. I want it to turn a new generation of kids on to cranking up the guitar.”

In an interview with Tim Shiel, Kate Miller-Heidke touched on the effort and sacrifices required to maintain her skills. In order to preserve her voice, she does not drink, smoke or go out in loud venues.

This sense of dedication reminds me of the story about Picasso’s napkin.

The story goes that Picasso was sitting in a Paris café when an admirer approached and asked if he would do a quick sketch on a paper napkin. Picasso politely agreed, swiftly executed the work, and handed back the napkin — but not before asking for a rather significant amount of money. The admirer was shocked: “How can you ask for so much? It took you a minute to draw this!” “No”, Picasso replied, “It took me 40 years”

It can be so easy to judge a provide off the cuff remarks on a piece of music, without any recognition of the time, effort, sacrifice and nuance that may sit behind it. However, this only captures a part of the space. I guess this is part of Ed Droste’s point it usually takes five listens to form a judgement. 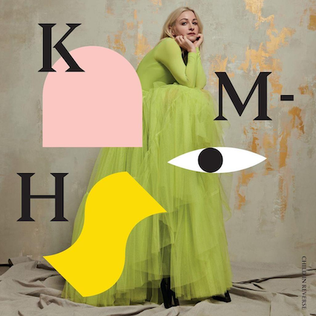 Child in Reverse is the fifth studio album by Australian singer-songwriter Kate Miller-Heidke. The album was announced on 6 August 2020 and released on 30 October 2020.

Child in Reverse is Miller-Heidke’s first studio album in six years, following on from 2014’s O Vertigo!.[3] It has been described by her team as “her most pop album yet”.

Both the sense of authenticity and honesty of this album, as well as the measured production of this album reminds me of Lorde’s Melodrama. Whereas, Lorde’s album recounts her transition into the adult world, Miller-Heidke looks back on life with a sense of acceptance of who she is and forgiveness for any misgivings.

It’s hard to separate Miller-Heidke’s musical theatre dalliances from songs like ‘Twelve Year Old Me’. Her storytelling is so precise and the imagery so vivid that you could transplant it into a theatrical setting with ease.

Her balance of poignance and playfulness has always set her apart, and there are countless moments on this record that highlight how emotionally commanding she can be, without coming across overbearing.

Some of the tracks came out of an APRA SongHub songwriting weekend. She signed up after going through a phase of writer’s block. Miller-Heidke reflects upon the experience of working with Evan Klar and Hailey Collier and the benefit of letting the songs live through the ‘ears and hearts of others’:

It actually needs to live and breathe through the ears and hearts of others, and sometimes that can paradoxically make it sound more personal and more intimate. Sometimes other people can just help you distill what you’re saying down to an essence.

The album was produced by Klar. In an interview with The Music, Miller-Heidke explains what she felt he brought to the table.

[Klar’s] arrangements are a little bit strange and surprising, but they’ve got this sparkly, airy sweetness and I think that style compliments my voice beautifully.

His aesthetic as a producer is what really drew me to his work, and made me want to work with him across the whole record. These are all sounds that come out of his computer, but there’s such a warmth and analog humanity there. They are imperfect sounds, but there is so much sparkle and air to them. What he does sounds so beautifully fresh and real to me.

In a conversation with Tim Shiel on Double J, Miller Heidke talks about being told to write her own ‘Bad Guy’. This was the seed for People Pleaser, which was her frustrated response. This reminds me of Missy Higgins’ story about how she wrote scar.

Place between Washington and Lorde