With these steps in place — a distinct browser profile for work and school, some tuned settings in the browser to increase protection, and some ad blocking paired with a password manager — you have made some real improvements in safeguarding your privacy. The first few days you use this setup, it might feel awkward. That’s okay – it’s a new way of working, and change generally feels awkward.

Stick with it. As the steps become familiar, this way of working will become second nature — and that’s a skill you will need after the pandemic is over. It’s not like adtech and the other companies that track us are going away anytime soon.

I remember Doug Belshaw writing something similar for a Chromebook a few years ago.

Mozilla and Firefox were conceived to expand people’s access to information and each other, not to make a company rich. The browser’s initial burst of popularity in 2004 didn’t just help Mozilla. It helped the entire internet by challenging the incumbents to improve and inspiring new competitors to join in. Fifteen years later, Firefox may appear small next to Chrome and Safari. But it’s still pushing new technologies for openness and security that can help everyone who goes online.

Reflecting on fifteen years of Firefox, Sean Captain discusses its rise and fall, as well as its resurgence as a privacy focused option.

For a while my browser usage has been Safari as my primary and Firefox as my backup (for the rare site that didn’t work in Safari, usually due to the “modern” web being terrible), mostly because it gave me good integration with the iCloud Keychain as well as a few nice little handoff things (migrating sessions between computers/my phone, autofilling SMS OTP keys, etc.).

Fluffy reflects on the move from Safari to Firefox. 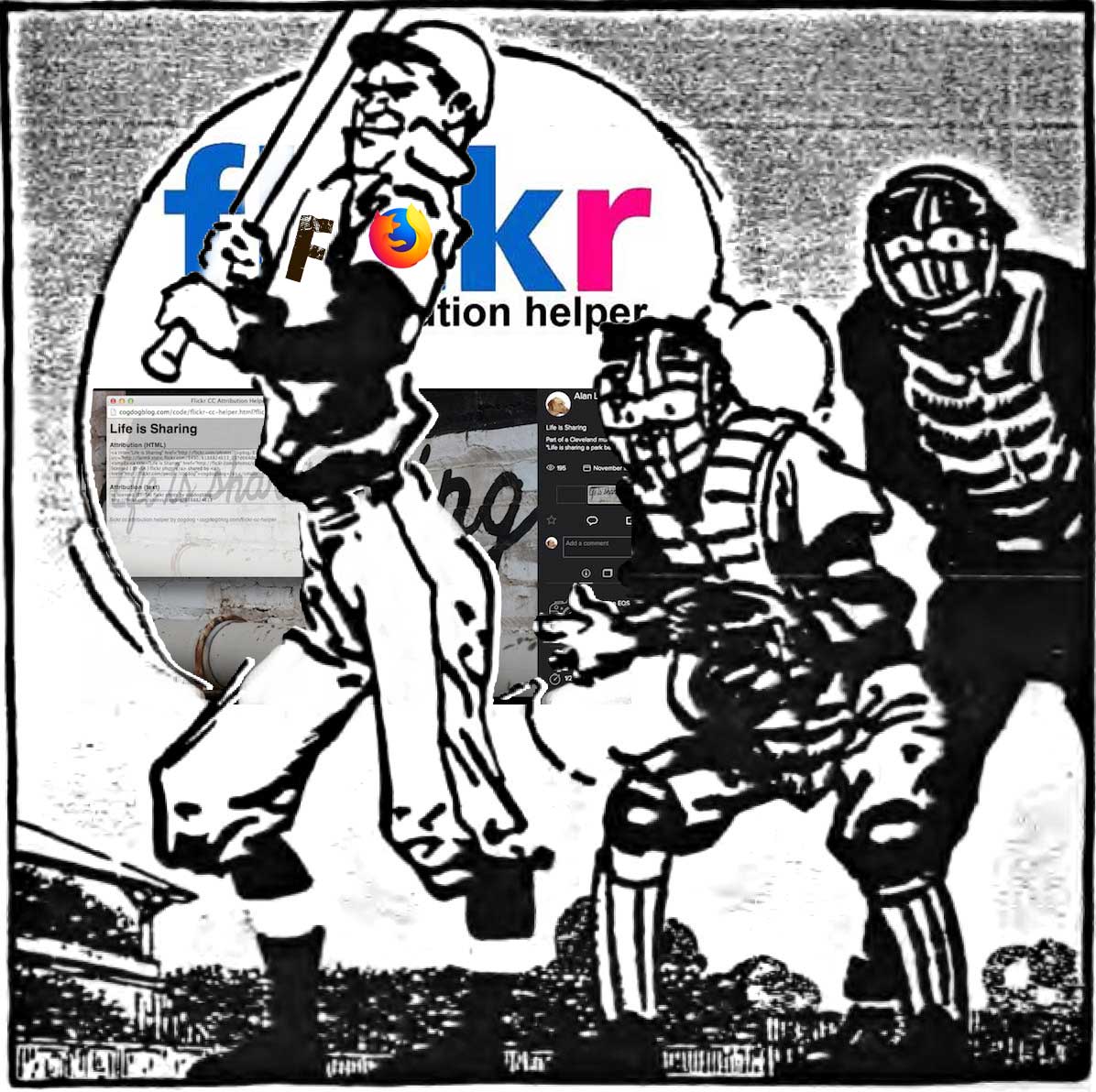 This is really good news. I do have longer term hopes of redesigning the tool as a proper Firefox Extension (and maybe for Chrome). But even bigger, I think the attribution tool can be expanded to work on other services such as WikiMedia Commons, Pixabay, maybe Unsplash. Technically, it should work on any site that has a public JavaScript API for getting info about the photo from the page that contains it.

I always wondered about other sites Alan. Look forward to the development. Wondering if Giphy would work as well?

I remember at a team dinner once Mitchell Baker, Mozilla’s Chairwoman and “Chief Lizard Wrangler”, talked about the importance of…

This is a fascinating read about the evolution of a technology project, how ‘good ideas’ fail and what is learned. It leaves me wondering if organisations like Google and Facebook have historians and documentation keeping track of where they have come or is it all hidden within the meeting minutes and test cases?

The problem with competing on price is that you soon get into a race to the bottom and whoever has the biggest economy of scale ends up winning.

The web isn’t a world of monolithic apps with clear boundaries between them, it is an experience of surfing from one web page to another, flowing through content.

With no real constraints put on the ideation process and an insufficient process for evaluating them, people were coming up with all sorts of suggestions from smart watches to reinventing the concept of currency!

The premise of Ari’s talk was that Firefox OS had set out to compete with Android and iOS and it had failed. Firefox OS was too late to market, the app store hadn’t taken off and the smartphone war had been won. It was time to move onto the next big thing — the Internet of Things.

The flagship Firefox team and supporting platform team had been complaining about a lack of resources for a while, and with Firefox market share slipping the finger of blame was pointed at Firefox OS.

There was a general feeling that Mozilla had “bet the farm” on Firefox OS and it hadn’t paid off.