There’s gunfire in the distance as a famed Dutch pilot takes off in a desperate bid to reach Australia. He’s unaware that in the plane’s safe are millions of dollars worth of diamonds — most of which have never been found.

I love the closing statement of this WWII story:

After the war Palmer never really has to work again.

“He always said he loved to sit down and smoke, put his feet up for the rest of his life,” author and historian John Thompson-Gray says.

He buys a house in Broome, a blue Chevrolet, a boat and a business, and always has plenty of cash.

Christopher Knaus and Caroline Davies report on the release of the papers associated with John Kerr’s communications. Bridget Judd and Leigh Tonkin discuss some of the other topics uncovered in the papers.

There is no denying the innovative importance of this book’s detailed and engaging demonstration that place names signify histories – that they do not make
hitherto meaningless places meaningful, as commonsense would suggest, but rather construct historical landscapes. Or to put it another way, the country was not simply already there, waiting to be discovered, but the act of journeying in and around it, mapping it, naming it, is what renders it meaningful. Landscape is, therefore, ‘not a physical object: it is an object of desire, a figure of speech outlining the writer’s
exploratory impulse’ (81). The originality of Carter’s argument was especially timely, arriving as it did on the Australian intellectual scene in 1987, as a prelude to the celebration of the bicentenary of white settlement. He made a major contribution to the ‘de-colonising’ of thought which accompanied the bicentenary, even if he did not convince all his readers that ‘spatial history’ was an entirely new way of writing history. 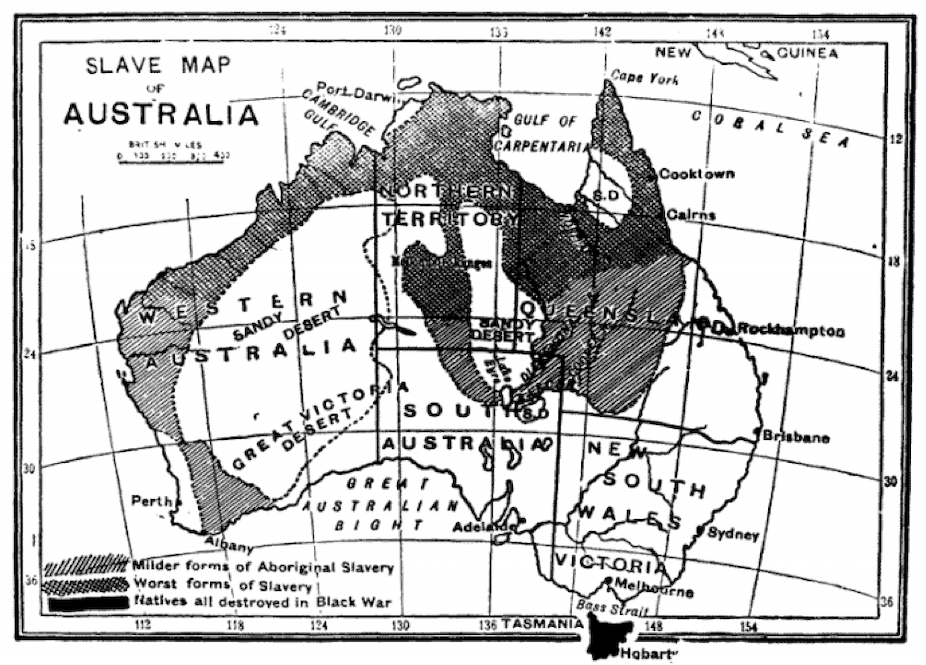 Prime Minister Scott Morrison’s statement that ‘there was no slavery in Australia’ is at odds with the historical record.

If we don’t have a conversation on climate now, the windows for any conversation, ‘in between fires’, will become increasingly shorter

Luke Pearson discusses the current crisis and the lies that are told.

Early within the bushfire season we saw efforts to pretend it wasn’t really that bad, and that it was just those damn inner-city elites complaining, as they always do (it wasn’t). As things got worse, we were told it still really wasn’t that bad and that it definitely had nothing to do with climate change (it does). Then we were told it is that bad, but it was all the Greens’ fault (it wasn’t). Then we were told the government is giving everything the fire services have requested (they haven’t).

Then finally we have been told the Coalition government has never denied climate change and its links to fires (they have, and do), just as various Coalition members went on air telling us that there was no such thing as climate change.

He continues the call for further conversation and change. He argues that this is a part of a longer history of lies associated with colonialisation.

Pearson argues that it is time to change the nation and everything that it is built upon.

The fight is part of a broader debate about how to value and protect traditional knowledge and ensure Indigenous people benefit from and retain access to their heritage.

ABC Education has launched a new resource for Australian students to learn more about their country’s Indigenous history.

The ABC has produced a new digibook with Bruce Pascoe to support students in learning about the history of Aboriginal agriculture and technology and celebrate the ingenuity of the First Australians. Pascoe is also releasing a children’s version of his award winning book Dark Emu.