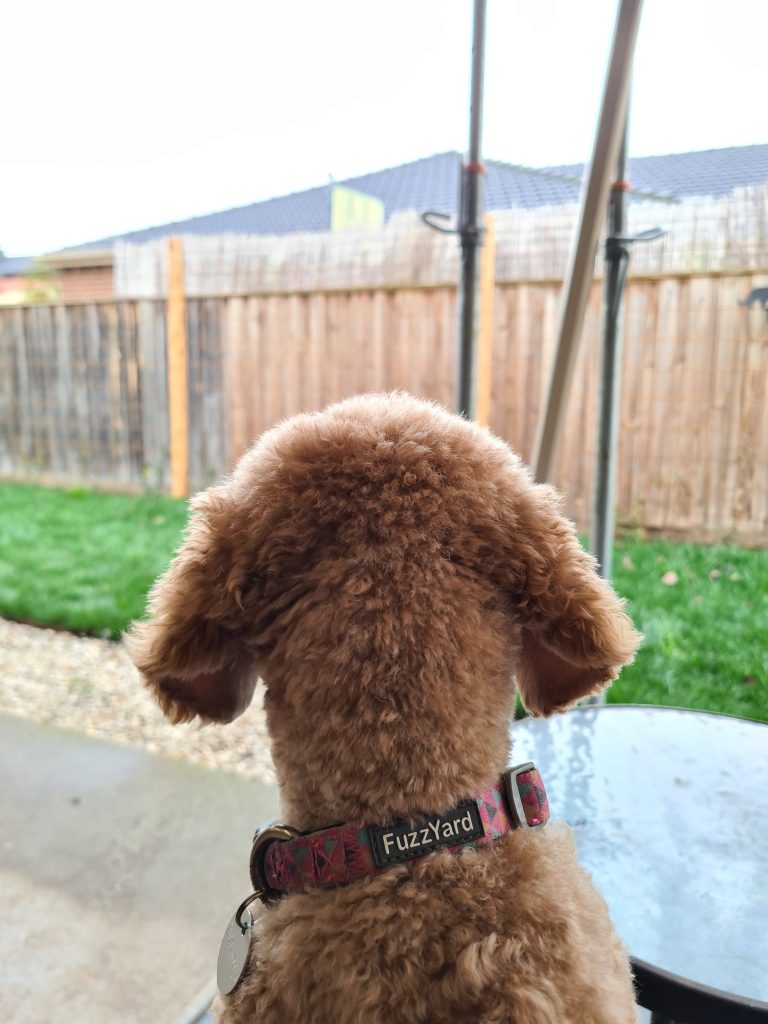 Life certainly has a way of teaching you lessons. Personally, I have been a literally quieter this month, as I lost my voice. This is a bit of a problem when working in support. In part I returned from illness earlier than I probably should have and subsequently copped something on the rebound. What was interesting is that I had a dry irritating cough which meant I was unable to sit down for long without having a coughing fit. Actually, I could not even look down. This meant that as much as I wanted, I was unable to do any work. One of the positives was that I was that I felt best when walking and not talking.

The winner of the walking was the dog that we are currently dog-sitting. I have not lived with a dog since I was a child. It has definitely given me a different perspective on things. Firstly, I cannot believe how many people seem to throw away their fast food fries. Secondly, I cannot remember being so conscious of poo and whether we have been overfeeding. The other interesting thing was how much more exercise we have done as there is someone else involved.

On the Work front, I have been spending time trying to get to the bottom of ongoing issues. This led to using Google Sheets to create a template for filtering errors by school making it easier to email out issues.

Personally, with all my walking I have really dived back into books, listening to Tim Winton’s Cloudstreet and Dirt Music, Christos Tsiolkas’ Barracuda, as well as Dave Eggers’ The Every. I also watched The Umbrella Academy, Squid Game and the latest Predator instalment, Prey. While in regards to music, I enjoyed Stella Donnelly’s Flood and Hot Chip’s Freakout/Release.

Miguel Guhlin reflects on the process of selecting the right tool for teaching.

Should we be wary of so-called coaches? (Life Matters)

Hilary Harper speaks with Dr Sean O’Connor and Carly Dober about the different iterations of coaching.

Alison Bedford and Naomi Barnes respond to the proposal to produce centralised planning resources as a means alleviating pressure.

How to Make Notes and Write

Dan Allosso provides a guide to how to make notes and carve them into ideas.

What Can Students Do?

Cameron Paterson shares examples of where his students have co-constructed assessment criteria, self-assessed their work, written their own report comments and taught their own lessons.

What Adults Don’t Get About Teens and Digital Life

Emily Weinstein and Carrie James talk about teaching teens to build personal agency, anticipating and discussing different dilemmas before they arise, and encouraging collective agency where groups respond to challenges together.

Curious About 3D Printing? Here Are Some Tips Before You Dive In

Kenneth R. Rosen provides some tips to consider before starting your own foray into 3D printing.

The approaching tsunami of addictive AI-created content will overwhelm us

Charles Arthur maps the evolution of AI-created content until now and ponders where it might be heading.

Emmanuel Durand is capturing the war in Ukraine in a new way, capturing 3D models of various heritage sites as a means of documenting the impact.

‘They said it was impossible’: how medieval carpenters are rebuilding Notre Dame

Kim Willsher discusses the importance of the Guédelon project in regards to the rebuilding of Notre Dame Cathedral.

Beau Miles traverses the Cook River in Sydney, providing an insight into the health of our urban rivers.

In response to Salman Rushdie’s stabbing, Randy Boyagoda argues that the best way we can respond is to read his work.

A vision of life beyond burnout

Jonathan Malesic suggests that the answer for burnout relates to moving dignity back to the individual rather than being dependent on work.

So that was August for me, how about you? As always, hope you are safe and well.