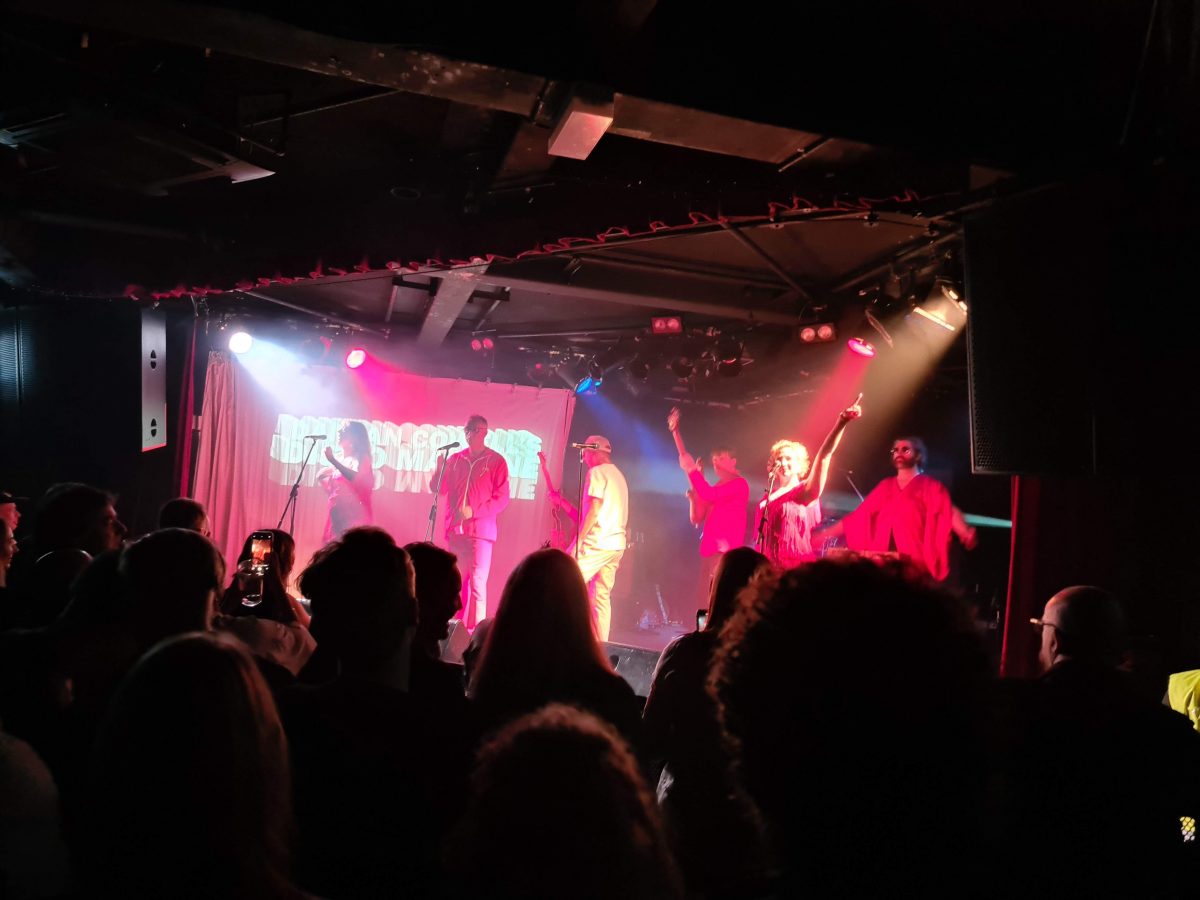 They’ve been locked away for two years like a shrivelled up inflatable Santa in a cupboard – but now they’re BACK! Damian Cowell – the master of insatiably catchy wrongness – and his party animal Disco Machine are ready to bring you Disco Christmas – a non stop bell-wiggling, floor-shaking festive dance party, featuring the snake-hipped boogaloo moves of the great Tony Martin – you’ve never seen him like this on Have You Been Paying Attention! With highlights from his mind-blowing animated graphic novel web series Only The Shit You Love, plus some Christmas classics as only he can reinvent them, Damian Cowell his Disco Machine and Tony Martin will help you forget the world, forget yourself, and have the best night out in, well, two years! Come in Disco Christmas fancy dress and win a prize! If you’ve been to a Disco Christmas, you’ll know how good this is – limited tickets so this will sell out. Don’t miss it!

A part of me wonders how much of my joy from seeing Damien Cowell’s Disco Machine live was going to my first post-COVID gig (actually my first gig since seeing Smashing Pumpkins in 2012), but whatever it was, the night left an undeniable mark.

I love the surprise of hearing an unknown artist. I had no idea what to expect from Twinkle Digitz, Will Hindmarsh’s one man show, the support act for the night. When I purchased my ticket, there was no mention of a support act so there was no pre-gig Googling. Twinkle Digitz mixture of samples, voice and live instrumentation felt reminiscent of many busking gigs I have seen, such as Reuben Stone. Just can’t imagine hearing Shit Eatin’ Grin in the middle of Bourke Street Mall. One of the things that I like about the set was how even though he used program beats and samples, there was something loose about it all that made me feel that every performance was most definitely unique.

In regards to the Disco Machine, this was my first time seeing them live. Although I had heard all the albums, watched the documentary Disco ex Machina and captured a few clips online, I was still unsure what to expect. Although the set started with a crack at Christmas, for me it started with (Here Comes the) Disco Machine. When the song dropped I was hooked. I remember having a similar experience seeing Radiohead circa 2003 and having the same apprehension until they started belting out the drums for There There. It also hit home why virtual performances can not replace the physical experience of being there.

The band played a mixture of new and old tracks, including Get Yer Dag On and My Horn Plays La Cucaracha. One of the things that I was intrigued by was Tony Martin’s role. Although he took a few songs to come out, once on stage he was a central part of proceedings. I really enjoyed what Martin brought to some of the songs, such as the back and forwards between he and Cowell in All DC Wants For Christmas.

My only disappointment with the concert was how soon it felt it was over. However, I don’t think I realised how exhausting such an intense performance actually is.

One of the strange things about the gig was how It felt like close nit community, a ‘reunion party of close friends’ maybe. It kind of felt like everyone knew everyone, but then again maybe that is because I knew no one. It also still seems strange to be contemplating live music once again.