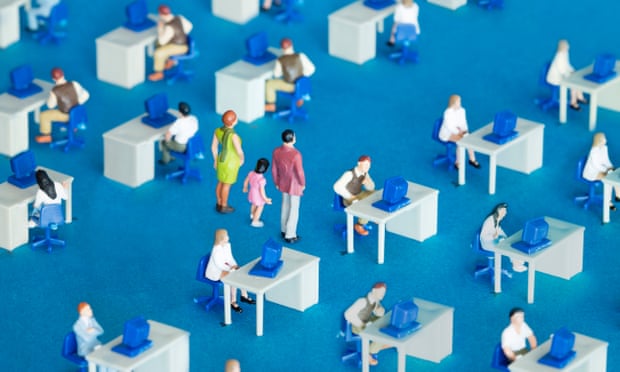 In a system cut to the bone, gaining access to the support we had been promised for our daughter’s special educational needs was an exhausting, soul-sapping battle.

Jake Anderson recounts the journey associated with gaining support for their daughter, who has ASD. He discusses some of the stresses:

At the end of a day in this terrifying place, Alice got home hyperactive, angry and frustrated. In addition to the head tics, she now suffered from severe stomach pains and dizziness. Her disquiet would peak before bed. Aged 13, she still needed one of us to lie with her, soothing and calming her, before she eventually dropped off (also aided by melatonin).

One of the things that stood out was the blur between private and public connected with the privatization of government contracts:

Following an assessment in November 2013, we received a letter from Virgin Care. We found it baffling. It read: “As Alice’s language skills are delayed but in line with each other, her needs can be best met within the school environment and her case is now closed.”

My wife attempted to translate for me: Alice was significantly behind in her cognitive development. Not only did this diagnosis feel incorrect, but also, for reasons that were never fully explained, it absolved Virgin Care of any duty of care and handed the responsibility over to Alice’s school. This seemed utterly ridiculous, not least because the letter then detailed all the specialist strategies that Alice’s teaching assistant was obliged to deliver.

One response on “📑 ‘A wall built to keep people out’: the cruel, bureaucratic maze of children’s services”